Home Entertainment Konami plans to announce a new game from the “Beloved” series at... 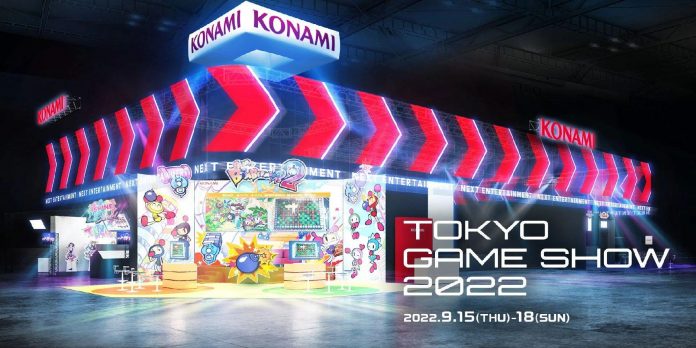 Despite Gamescom’s recent excitement in August, the gaming community has no time to rest, as September is another month dedicated to some major gaming events. This weekend will host PAX West, the festival “Women in Games”, which will be held from September 6, and one of the largest gaming events in Japan in the form of Tokyo Game Show. TGS 2022 marks the first time in two years that a physical audience has been allowed at the event, and so it seems many companies want to celebrate with a high-profile announcement.

Konami has a broadcast scheduled for the second day of the Tokyo Game Show 2022, and she has already given a hint of what fans can expect from her presentation. Konami announced on its website that it plans to introduce a new game that is part of the “beloved” franchise. Since Konami is associated with several popular franchises, including Metal Gear and Silent Hill, many fans immediately started thinking about new games from these famous series.

However, it seems that fans may want to keep their expectations in check. Although there have been rumors for some time about a potential remake of Silent Hill, it is believed that neither the cult horror franchise nor Metal Gear will appear, since these large-scale announcements are usually held for the company’s own demonstration, and not for the presentation mixed with many other companies. This doesn’t mean fans won’t see a new Metal Gear or Silent Hill game, but it may be less likely than some predict.

Konami has access to some other franchises that can be categorized as “favorites”. The company plans to revive Castlevania, although again this may be too loud an announcement for the presentation of TGS. Some fans have pointed to franchises like Bomberman or Yu-Gi-Oh that could make more sense as the new game Konami is talking about. Until the company enters the TGS scene, it seems no one knows exactly what the new name will be.

In addition to Konami, a number of other major game publishers and developers have organized broadcasts for the Tokyo Game Show 2022. Capcom has even prepared two broadcasts for this event, one of which is dedicated to its existing and future games outside of Street Fighter, which gives a whole presentation to show new details about Street Fighter 6.

Monster Hunter Rise: Sunbreak — How to get the Blood Rite...