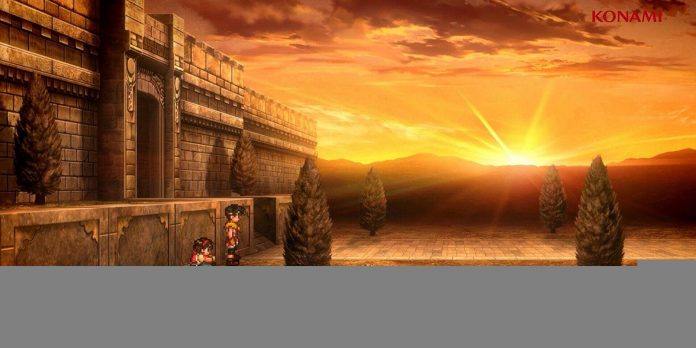 According to an interview at the Tokyo Game Show 2022 conference, Konami developers are interested in creating new Suikoden games. The announcement of the remasters of the original Suikoden and Suikoden 2 has caused fans of the JRPG franchise to have some hope that new games in the series may be created in the future. It seems they’re not the only ones hoping this is a real possibility, as even some key Konami developers admit they’d like to see more Suikoden games in the future.

The Suikoden franchise has been inactive for some time. The most recent release in this series was a PSP game released in 2012, which has never been localized for the West. The last Suikoden game from the main series, Suikoden 5, was released in 2006 on PlayStation 2. In addition, Konami has shown no interest in developing new games in recent years. Many fans turned down the possibility of Suikoden returning, at least until Friday’s announcement of the remasters of Suikoden and Suikoden 2.

Some Konami game developers share the excitement around the new announcement and share their thoughts about the future of Suikoden. In a conversation with IGN, Konami producer Yasuo Daikai bluntly said that he “would really like to continue making more Suikoden games in the future.” He said this in response to a question about what remasters would mean for the Suikoden franchise.

Daikai in no way confirms Konami’s plans to continue working on Suikoden in the future. However, he also had encouraging words. He asks Suikoden fans to “root for us and support us,” saying that he hopes Konami will be able to fulfill the promises of the fans. This is as close as Daikai can say that if Suikoden has a future, it depends on the success of the remasters of Suikoden and Suikoden 2.

Although there may or may not be more Suikoden in the future, fans of the JRPG franchise have another scenario. Eiyuden Chronicle is the spiritual successor to Suikoden, developed by Yoshitaka Murayama, who produced, directed and wrote the first two Suikoden games, and Junko Kawano, the artist of several Suikoden games. Continuation of Suikoden or not, fans have something to expect.

However, it is also true that this is the best chance for Suikoden to be reborn in the last ten years. Konami may or may not have the resources to develop a new Suikoden game on its own, but if the remasters are successful, it may transfer the ownership license to another developer. However, everything depends on the success of the Suikoden remasters when they appear in 2023.

The Account Shared From Salt Bae’s Restaurant in London Is On...

Singer Macy Gray was accused of transphobia after she said that...