Home Entertainment Komi can’t communicate: is Najimi a friend or an enemy? 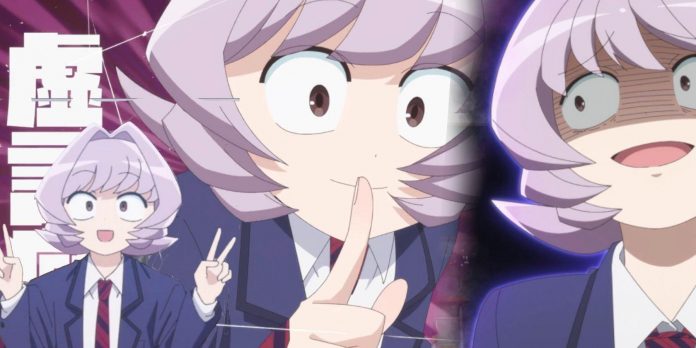 Shoko Komi is a young and stunning girl who attracts the attention of almost everyone who attends Ethan Private High School. Her elegant but intimidating aura causes a real stir, as her classmates consider Komi an unapproachable goddess.

Tadano is the only one who noticed that Komi is actually struggling with extreme social anxiety, and connects his childhood friend Osana Najimi to help the poor girl realize her dream of 100 friends in Komi who cannot communicate. But what are Najimi’s true intentions?

Najimi isn’t entirely sure about Comey, as she’s the only person they’ve ever tried to read. However, they will quickly seize the opportunity to make a naive and gullible Komi an errand girl. First, Najimi demands a sophisticated latte from Standbakes Coffee in “This is just my first errand,” all the while insisting that they don’t really want to drink anything. Comey is again sent to buy a gourmet sandwich from SaboWay in “It’s Just a Country Kid”, and he receives encore complaints from Najimi about the wrong order (which caused tears when Comey first heard the discouraging words).

Starting small can perfectly fit into Najimi’s manipulation tactics, as a small reward will not arouse much suspicion, however, having succeeded so far, Najimi continues to push the boundaries of Komi even further.

When Komi is immediately elected president of class B “It’s just a student election,” Najimi jumps up to supposedly protect her friend and elevates Komi’s position to the status of a Goddess. Although Comey would be relieved of the responsibility of class leader, Najimi’s actions also conveniently opened up the presidential position to him, and they were given the title of vice president. Really very profitable.

Later, in episode 9, Najimi is in a quandary at work and asks Comey to intervene, knowing full well that such interactive work will exacerbate her friend’s social anxiety. Perhaps it would be kinder to let Comey wear a bear costume instead, since she will still have to interact with strangers, but with additional “protection” in the form of a barrier.

During the culture festival, Najimi’s mask completely falls off when they shamelessly exploit Komi’s body to lure lustful guests to Maid Cafe. After making sure that Komi will get the shortest skirt, Najimi does not stop thinking about how Komi could feel in such a revealing outfit (and even dressed Tadano in a French maid uniform, because, well, why not?) because of numerous shameful “deeds” tactics, Najimi knocks out the whole class out of the competition, while losing the prize for first place.

Finally, when Komi and Katai are finally introduced in the second season, Najimi intervenes to prevent Tadano from pointing out their shared concern, stating that it would be more fun that way. Knowing about their shared misfortune would undoubtedly help Komi feel more at ease with Katai (just like with Master Ramen).

Although they don’t always want to show it, Najimi has some tact and has also prevented some awkward situations for the sake of Comey. In “It’s Just a Cell Phone,” Najimi quickly caught Comey’s reluctance to ask Tadano for his number and tried to help Comey in a relatively subtle way. Najimi also forces Ren Yamai to apologize for her deplorable actions after she kidnaps Tadano, and actually threatens Komi with the words, “It’s just a crush.”

Other than ensuring that they are always involved in the drama, Najimi has nothing to gain from Ren’s forgiveness, and they find themselves real allies again. Najimi shows her generosity by giving Komi a notebook so she can keep an eye on her growing friends. They also regularly try to introduce Komi to new people and always make sure that neither Komi nor Tadano stay away from group events.

One of the reasons why Najimi is so popular is that they can read people, which makes them great conversationalists! As has been shown, they can use their powers for good or for evil, but one common phenomenon is still controversial. Najimi regularly struggles to create scenarios in which Komi and Tadano are either forced to stay alone together or discuss their insecure feelings with each other. It would be easy to put these actions on the list of selfless moments, but Najimi usually makes sure that they are close enough to witness awkward encounters and make fun of the cute “couple”.

The Overwatch Support player receives a helpful message from the tank...