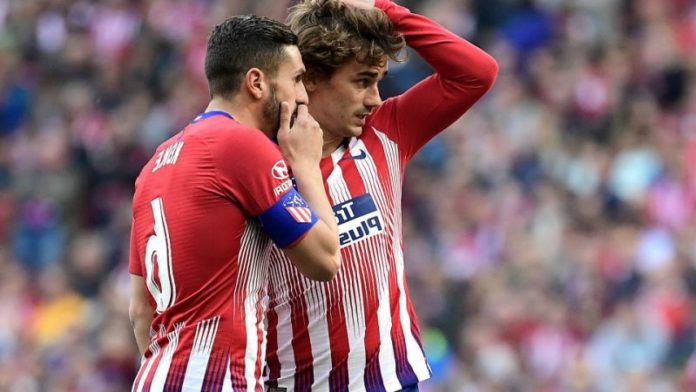 Antoine Griezmann is without a doubt the name that takes the previous one of Atlético de Madrid – FC Barcelona. The French striker returns for the first time to his home after everything that happened last summer, paying his clause included to go to Barcelona.

That is one of the unknowns left in the air prior to the meeting between rojiblancos and azulgranas. How French fans will receive. It must be remembered that his plaque on the ‘Paseo de Leyendas’ of Atlético de Madrid has been soiled several times since the season began, which could be an indication of what the reception and the atmosphere in the athletic stand might be.

Koke, the captain of the team of the capital of Spain, spoke at the press conference prior to the meeting on the matter.

“Antoine gave everything in these five years here and he has been grateful. Then he is a rival, we play against Barcelona, ​​not against Griezmann and we will try our best to make people happy,” he said of the visit of the It was his partner and his friend for 5 years.

In addition, he also talked about whether it would hurt if he was pitted or did any action towards ’17’ culé.

“People have their opinion and they have to be respected. There are people who whistle, others who applaud and it is their decision. If it would hurt me, I keep it for myself, we are focused on the game, not on Griezmann.”