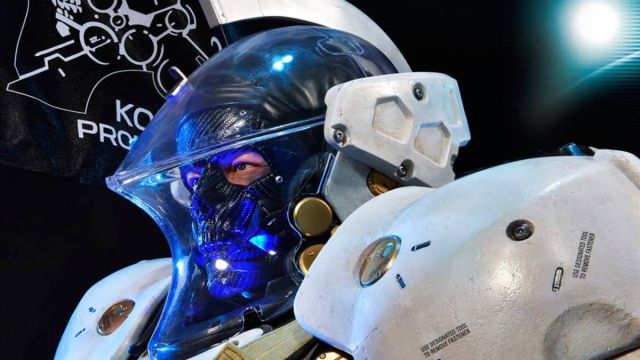 Yoji Shinkawa, art director of the Japanese studio, anticipates how close the new project by the authors of Death Stranding is to being revealed.

Kojima Productions’ new project is close to being revealed. The art director of Hideo Kojima’s studio, Yoji Shinkawa, has given an interview to Al Hub and, when asked about the second project of the still young studio, the answer was brief as well as clear: “Well, I’m doing something, that’s clear, and I could tell you that we can probably announce it very soon. ”

Shinkawa, who has served as the visual voice for Hideo Kojima’s works since the days of Metal Gear at Konami, has not elaborated or speculated on a possible reveal date; nor if that second video game will be approached independently or under the umbrella of a great publisher. There is a certainty, however, and it is that Kojima Productions has been recruiting employees for this new video game since the end of 2020; specifically 25 vacancies back in October 2020, when they announced that they were working on “a new project”.

What do we know about the new from Kojima Productions

We know little about the title, but from time to time we get to know details of the team of members of said work. On the one hand, Ludvig Forssell, a Swedish composer known for his work on Death Stranding and currently an audio director at Kojima Productions, confirmed in October that he was composing for an unannounced project. That same day, Hideo Kojima’s company confirmed the previously cited information.

We can also go to the information from last July 2020, when it was revealed that Kojima was in talks with the mangaka Junji Ito in the face of a horror video game. After the frustrated attempt to materialize Silent Hills P.T., eternally remembered as a “cult demo” on PlayStation 4, the horror genre remains a recognized wish for Kojima.

Earlier, in April 2020, he publicly recognized his will and aspiration: he wants to make a “revolutionary” title. In fact, he commented, “I am confident that I can create something more terrifying than anyone else could.” In November 2019 he already stated his intention for being responsible for “the most terrifying game so far.” Kojima has shared sketches of his next project, here we leave you with some images.

Death Stranding, his debut feature at Kojima Productions, is available on PS4 (PS5 via backward compatibility) and PC.

Dragon Ball Gets a One Punch Man Level Upgrade in a...