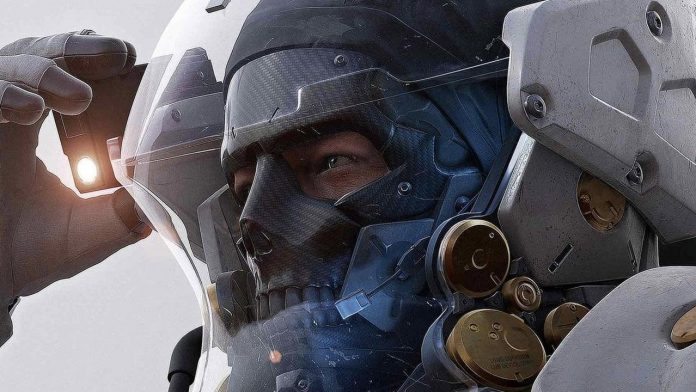 Kojima Productions is teaming up with NASA, but they’re not making a game. It’s for the watch.

The Space Ludens watches announced today are made by Anicorn watch designer and are based on the visual style of Kojima’s mascot, and also include elements of the NASA logo design.

“ANICORN is honored to present a unique collaboration watch — SPACE LUDENS, a grand partnership inspired by Ludens to proclaim creativity, imagination and the element of play in culture,” the message on Twitter reads.

It may be an unexpected collaboration, but the watch itself looks pretty cool, and the designers unmistakably use the style of Kojima and NASA.

“ANICORN developed SPACE LUDENS together with KOJIMA PRODUCTIONS, using the NASA logo as one of the design motifs,” they said. “This is a perfect match with the concept of “bringing pleasure to an unknown universe.”

The watch is inspired by the Extra-Vehicular Creative Activity costume worn by Ludens, Kojima’s mascot. Anikorn explains that the mascot was designed by Yoji Shinkawa based on the idea of an astronaut exploring digital space.

“We are Homo Ludens,” they added. “We are the ones who play.”

The Kojima x NASA watch will be available for purchase on September 27, 2022. This isn’t Kojima’s first announcement recently after he announced a new podcast at Gamescom just last month. However, the new teaser seems to suggest that Elle Fanning will join Kojima for… something.

Review of each IGN Kojima game

Whether it will be a new upcoming game remains to be seen. But I think we can rule out her involvement in the design of this Kojima watch. At the moment. More details about the upcoming hours will be revealed in a few days, but what happens to Kojima and Fanning remains a mystery.

Do you want to know more about Kojima’s projects? Check out the anti-war item Kojima sold to raise funds for Ukraine, as well as how Hideo Kojima worked on a concept similar to The Boys.

The Office: NBC Says Reboot Can Happen, But With One Condition