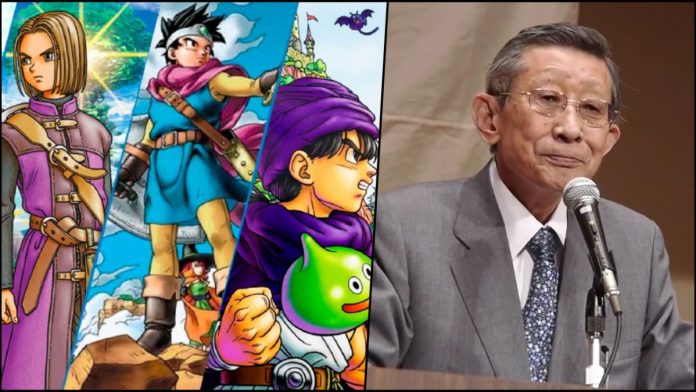 Koichi Sugiyama: The Japanese artist leaves at the age of 90. He will go down in history for his work on the Square Enix series and Mystery Dungeon: Shiren the Wanderer. Koichi Sugiyama, composer and conductor, passed away this past September 30 at the age of 90. Famitsu, the most prestigious video game information medium in Japan, made the news official early in the morning of this Thursday; For its part, the official Dragon Quest portal has also corroborated the event.

The funeral and the farewell ceremony have been carried out in a discreet way, with his family and friends; although a public dismissal is contemplated at a later date to be determined. The cause of death has been septic shock.

Koichi Sugiyama has been active for more than sixty years and is considered a legend in the world of music in Japan. Originally from Tokyo, the country’s capital, he is especially known and remembered for his compositions in the Dragon Quest saga, one of the most important video game licenses in the history of the JRPG. He also the Mystery Dungeon saga: Shiren the Wanderer. His last works were Dragon Quest XI (2017), Dragon Quest Builders 2 (2018) and Dragon Quest Tact (2020). According to the official portal of the saga, he has already composed the themes for Dragon Quest XII: The Flames of Fate. The Japanese Government named him a Person of Cultural Merit in 2020.

Fantasian – Part 2 Now Has A Release Date On Apple...