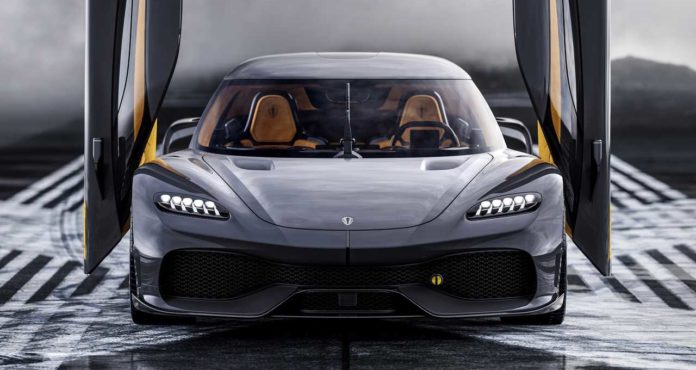 Swedish automaker Koenigsegg continues to promote its new vehicles online, which it plans to exhibit after the Geneva Motor Show 2020 has been canceled due to the corona virus. Yesterday, Koenigsegg, who announced Jesko Absolut, which he described as the fastest vehicle in the history of the brand, introduced the first four-seat model Gemera today.

The company’s CEO, Christian von Koenigsegg, says the new Gemera is a completely new car with its spacious interior and eco-friendly structure. With its four seats, hot and cold cup holders, front and rear seat infotainment system, wireless phone charging and high luggage volume, Koenigsegg Gemera seems to have opened the doors of a brand new segment for the Swedish brand.

At the heart of the hyper car is the 2.0-liter three-cylinder and twin-turbo engine, as well as three electric motors, each providing 1,100 horsepower at the same time. This extraordinary unit produces 1700 horsepower and 3500 Nm of torque in total. Performing 0-100 km / h acceleration in just 1.9 seconds, Gemera can go up to 400 kilometers per hour.

The vehicle, which has a 800V battery, can reach 300 km / h using only electrical energy. Offering a range of 50 kilometers in electric driving mode, Gemera is as ambitious as a thoroughbred electric vehicle.

Let’s come to pricing. Koenigsegg Gemera, of which only 300 will be produced, has an initial price of 1.7 million euros. It is not yet clear when the hyper car, whose price is as incredible as its features, will hit the roads.