Home Tech Koenigsegg to go to Geneva with Mission 500 Concept that can reach... 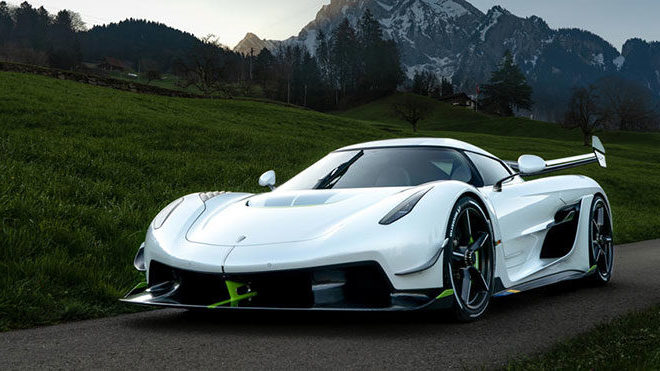 Swedish supercar maker Koenigsegg will participate in the Geneva Motor Show, which will take place this year, with ambitious cars. Koenigsegg plans to exceed the 500 km / h speed threshold with the Mission 500 concept, which is predicted to be introduced at the fair.

The Geneva Motor Show will generally be presented with a luminous showcase displaying the latest and highest performing supercars, and ambitious vehicles from each other at this year’s event. Although Lamborghini says it will not participate in this year’s event, the most striking supercars will also be on display in Geneva with their incredible performance and striking designs.

One of those cars will be the Koenigsegg Mission 500 concept. Mission 500, built on Koenigsegg Jesko, is reported to reach a top speed of 500 km / h. Bugatti previously became the first manufacturer to cross the 482 km / h threshold with the Chiron Super Sport 300+. Just like Hennessey Venom F5 and SSC North America Tuatara, Koenigsegg wants to exceed the 300 mph bar with the Jesko model.

Two other cars introduced at the fair will be Regera models designed for customers. On the other hand, Koenigsegg’s long-rumored supercar can also be introduced. The vehicle is expected to be introduced this year, and the Geneva Motor Show can be a fairly reasonable option for promotion.

According to the information, Koenigsegg’s new budget-friendly (!) Supercar will have a 2.9-liter hybrid V8 engine that produces 1,050 horsepower. It is also reported that the vehicle will have an aluminum and carbon body to be light. Although it is said to be affordable, the new supercar is expected to come with a high price tag of about $ 1 million. However, it can be said that it is much cheaper compared to the 2.8 million dollar Jesko, 2.55 million dollar Agera RS and 2 million dollar Regera.

The Geneva Motor Show, the 89th of which will take place this year, will open its doors on March 3, 2020. We will learn more about Koenigsegg’s plans in the event in more detail.

Uber gives a $ 30 bonus to those who get vaccinated