Home Tech Those Who Know 61-Year Programming Language Due to Coronavirus-Induced Unemployment in the... 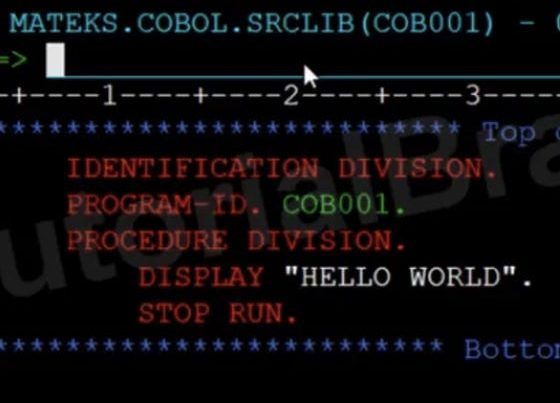 In the USA, applications for unemployment benefits rose to record levels due to the coronavirus outbreak. Programmers who can use COBOL are being searched in the US states that still use the 61-year COBOL programming language in unemployment pay systems.

The coronavirus epidemic caused many things to become searchable, which we normally do not look at. Programmers who know the programming language COBOL used in these systems have started to be searched due to the increased unemployment pension applications due to the coronavirus outbreak in the USA.

Some states of the United States continue to use systems built using COBOL (Common Business Oriented Language) for unemployment benefits. Due to the virus epidemic, unemployment salary applications exceeded expectations, dragging the governments of these states in search of a programmer who knows COBOL.

Continuing to use systems built with COBOL, New Jersey state governor Phil Murphy issued a call to work with volunteer programmers who know COBOL. Murphy added that they have continued to use the same system for over 40 years. Murphy said that from this point on, they will examine many topics, and one of the topics they will examine is how they will be looking for a programmer who knows COBOL.

Along with New Jersey, the states of Kansas and Connecticut are looking for programmers who know COBOL. Kansas Governor Laura Kelly explained that they were suffering from a coronavirus epidemic while they were in the process of transitioning to the new system, so they are having problems right now.

“COBOL has not been taught since the 80s”
Cyber ​​security expert Joseph Steinberg said that COBOL, developed in 1959, was used as a programming language in business systems developed in the 60s, 70s and 80s. Programmers who know the COBOL language, which is not used in many areas now, are much older than almost any other programmer, Steinberg said. Steinberg added that many universities in the USA have not taught COBOL since the 80s.

In addition to the use of the USA in the systems of some states, COBOL is still used in some areas. According to a report published by Reuters three years ago, 43 percent of bank systems and 95 percent of POS devices still work with systems written with COBOL codes.

Cybersecurity specialist Steinberg added that state governors should use systems that will not make the issue worse so that they no longer deal with computer systems in processes such as pandemics.

Vicarious Visions is working on a Diablo II remake