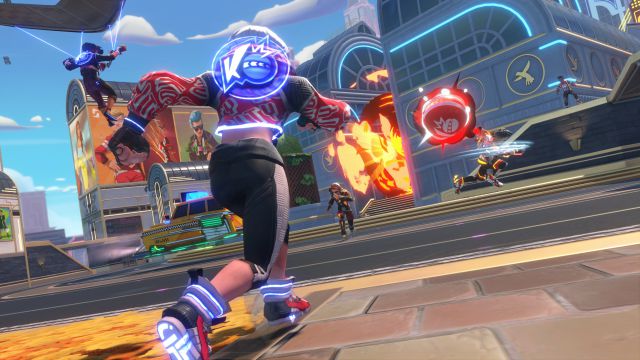 Knockout City: The game receives new seasons every nine weeks, so the second one will begin soon, with many new features.Punch down your rivals with balls. That is, roughly, the goal of Knockout City, Velan Studios’ multiplayer video game published under the EA Originals label, intended for independent titles developed by external studios for Electronic Arts. Through a press release, the developer has shared the first details of the roadmap of the video game for this year 2021. It will be from next July 27 when the second season of the battle pass begins.

Thus, the game will receive a new map, a new special ball, three additional events and new seasonal contracts. EA has also reported that they will introduce five new playlists, as well as an unprecedented daily login bonus, not to mention the random reward that players will receive each day. Starting July 3, you can also get a Legendary face in the shop.

Knockout City already has more than five million loyal players enjoying online games. Velan Studios’ idea is to offer a new season every nine weeks, with the third scheduled for this fall, while the fourth will begin in winter. They promise new content in the future with the aim of continuing to evolve the playable experience of the video game. Velan’s work does not work under a free-to-play model, but the purchase of the products includes all new content at no additional cost to the user.

Knockout City is available on PS4, Xbox One, Nintendo Switch, and PC, while the PS5, Xbox Series X, and Xbox Series S versions work through the backward compatibility of these consoles. The game is included in both the EA Play catalog, Electronic Arts’ subscription service, and Xbox Game Pass Ultimate. On the other hand, the event for a limited time Heat Wave is still running, although there is only one week left to redeem the tickets before the event ends and the objects disappear forever.

Suicide Squad: Kill The Justice League confirms Its Presence At The Game Awards