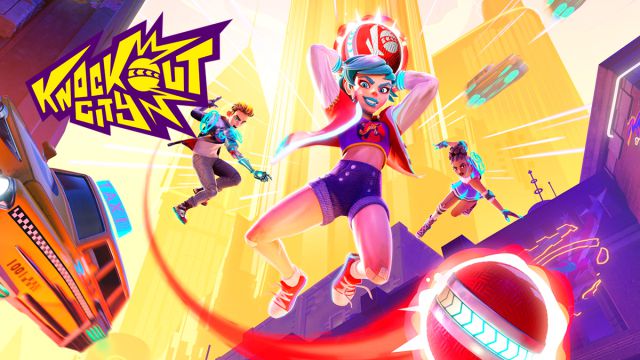 Knockout City: The video game from Electronic Arts and Velan Studios will go on sale this May on all platforms; will debut in subscription services.Electronic Arts and Velan Studios will publish Knockout City on EA Play Xbox Game Pass Ultimate (which includes EA Play) from its opening day on May 21. The crazy dodgeball team multiplayer video game will feature crossover play across all systems; We now know that it will embrace subscription models from both EA itself and Microsoft to facilitate a good reception from launch.

Although Knockout City will not be free-to-play, like other multiplayer titles with which it will have to compete this spring, the Canadian team – which already took care of Mario Kart Live: Home Citcuit – will be playable on Xbox Game Pass in its modality Ultimate or Xbox Game Pass for PC, so that all members of these options on Xbox or EA Play multiplatform consoles (PS4, PS4, Xbox One, Xbox Series, PC) will have access to the full game at no additional cost. The crossover game will also be available on all the mentioned systems plus Nintendo Switch, which will have its own version and will share servers.

What is Knockout City: dodgeball in teams

Knockout City’s playable proposal is none other than fighting multiplayer team fights where different teams face each other in games with all types and with different balls, skills and techniques with which to knock down the rivals.

“Master overloaded shots, flawless catches, special shots and feints before developing the teamwork to take down even the most threatening opponents. The passes can be the best way to surprise the enemy ”, indicates EA in the presentation of the game. The stages will have verticality, we can make great stops and make use of a wide variety of objects. At launch there will be five locations, five game modes, more than 100 collectible items (skins, emotes and others) and a progression system called “Street Rank” (Street Rank).

Knockout City will be available May 21 on PlayStation 4, Xbox One, Nintendo Switch, PC on Origin, Steam and the Epic Games Store, and PlayStation 5 and Xbox Series X | S via backward compatibility.

Chivalry 2 Closed Beta Kicks Off Next Week: All The Data

How to add a Discord bot? Here are the details