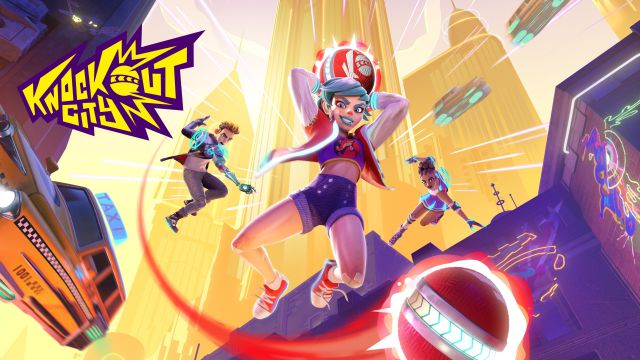 Knockout City: The Velan Studios game is an entertaining multiplayer title in which we will end up with a clean ball against our rivals. During the question and answer session in which we participated during the Knockout City review event, Velan Studios’ online game under the EA Originals label, someone asked how the sounds of the balls in the face had been transferred. “No one was injured during the development of this video game,” they replied with a laugh. The truth is that despite the fact that dodgeball is a common sport in schools, we have hardly seen it in video games. Of course, this version is somewhat more badass and carefree. After testing it for approximately three hours, we tell you everything you need to know about the game.

Knockout City has taken four long years to see the light of day. The title, available on PS4, PS5, Xbox One, Xbox Series X, Xbox Series S, PC and Nintendo Switch, has been designed so that players of all platforms can share the game and compete regardless of the system they are using, for so the crossover game will be enabled from day one. We have played it on the console, but they assure that they have carried out internal tests and that there are no control differences with respect to those who use the keyboard and mouse.

What is the business model and what is the game like?

The creators of Mario Kart Live: Home Circuit have chosen to do without the free-to-play business model, but it will be available from day 1 on Xbox Game Pass Ultimate and EA Play. In addition, those who want to try it will have the opportunity to do it completely free during the first ten days from the launch, that is, until next May 30. It should be noted that the test includes all the content of the game, in addition to the first season, which will begin on May 25 and will last nine weeks.

The truth is that Knockout City is one of those titles that are easy to understand, but difficult to tame. Skill, reflexes and the ability to move around the stage are essential allies to defeat the opponent, but there is an aspect as important as everything mentioned so far, even more at certain moments of the game. As it is a team game, bonding with colleagues is crucial, so communication has to be fluent. It has voice chat integrated within the game itself, but those who prefer not to participate by voice can use a series of commands to communicate with allies.

Lucifer: Everything You Need to Know Before Season 6 Premiere