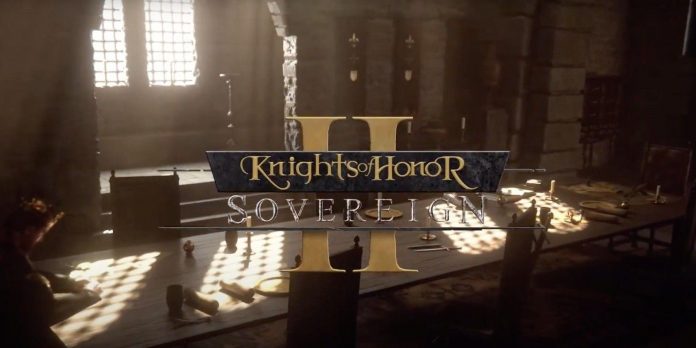 One of the new games presented at THQ Nordic included Knights of Honor 2: Sovereign. The RTS game was announced back in 2019 as a sequel to the first Knights of Honor, developed by Black Sea Studios, now Creative Assembly Sofia, and is being developed by Black Sea Games with the developers who worked on the first game. However, the THQ Nordic demo showed more than just a brief teaser trailer, and also showed the gameplay.

link: “Alone in the Dark” presents an original story from the writer of Amnesia

The gameplay of Knights of Honor 2: Sovereign gives players an idea of what the game will be like. The trailer tells the story of the player character’s advisor. It begins by showing how the player plans an invasion of a neighboring kingdom, establishes trade routes, and causes an uprising in another kingdom. Of course, the trailer shows battles, as players can recruit and lead their army into battle. Players will be able to directly control their forces and lead them in dynamic battles in real time. They can use familiar RTS tactics against their opponents, for example, outflanking the enemy with Golgotha detachments or sending soldiers to climb the castle walls.

The hosts of THQ Nordic Digital Showcase also shared some details about the game. It is noteworthy that the action of Knights of Honor 2: Sovereign takes place in medieval Europe, where players can choose their kingdom from Europe, North Africa and some parts of Asia. Players will become the head of their royal family and will be able to appoint their own marshals, merchants, clerics, diplomats and spies to join their royal court. Players can choose how they want to rule, whether through cunning diplomacy or ruthless conquest, and play with their friends online in several game modes that will make the gameplay “fresh” in Knights of Honor 2: Sovereign.

Despite the demonstration of new gameplay footage, the release date of Knights of Honor 2: Sovereign was not specified in the trailer, so players will need to keep an eye out for further updates on this. However, THQ Nordic’s demo also showed plenty of footage for other upcoming video games that players can look forward to. Some of the games include Alone in the Dark, the astronaut game Space For Sale, the remake of Gothic 1, Jagged Alliance 3 and some others.

Knights of Honor 2: Sovereign is in development for PC.

Big Brother 24: Who is likely to be evicted in Week...