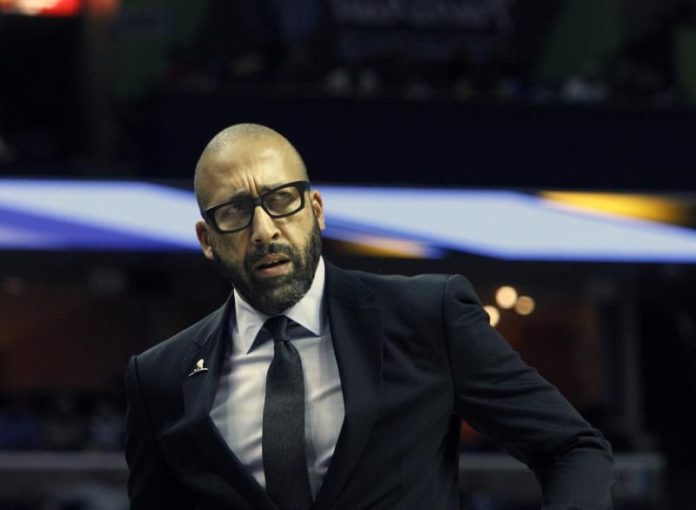 The game crisis that the New York Knicks are going through, with a losing mark of 4-18, cost David Fizdale the coach position today.

After a run of eight consecutive losses, including last night in their field at Madison Square Garden, 92-129 against the Denver Nuggets, managers decided to dismiss Fizdale as team coach.

The Knicks have the worst mark in the Eastern Conference and tied for the worst in franchise history.

In addition Fizdale, also leaves the post of assistant coach Keith Smart, while the so far assistant Mike Miller will take over the team on an interim basis.

Since Fizdale arrived at the Knicks two seasons ago, the New York team’s mark has been just 21 wins and 83 losses.

The winning percentage of 20.2 percent is the fifth lowest for a coach who has remained with the same team and played at least 100 games in the last 30 seasons of the NBA.

Since James Dolan took over the ownership of the Knicks completely, in the 1999-2000 season, the New York team has already had 12 different coaches, which has led him to tie the sum of those who have had the teams of the Memphis Grizzlies, Phoeniz Suns and Detroit Pistons.

Fizdale arrived at the Knicks with the aim of developing a winning project alongside Latvian power forward Kristaps Pozingis, but the European player, after a serious knee injury, did not want to continue with the New York team and before the end of last season he asked the transfer.

The Knicks had to give it to him because he ended the contract as a rookie and could stay as a free agent, which made them reach an agreement with the Dallas Mavericks.

On November 10, when the Knicks lost to the Clevelans Cavaliers, both team operations president Steve Mills and general manager Scott Perry starred in a press conference in which they openly criticized the work of the coaches .

The Knicks, starting tomorrow, Saturday, who face the Indiana Pacers in Madison Square Garden, will start a four-game tour along the west coast of the country, which will also not help the crisis situation they are going through the team.

95-101. Embiid achieves double-double in the victory of the Sixers