Home Entertainment “Knebworth 22” Director on Liam Gallagher’s Summer Concerts: “It Was a Wonderful... 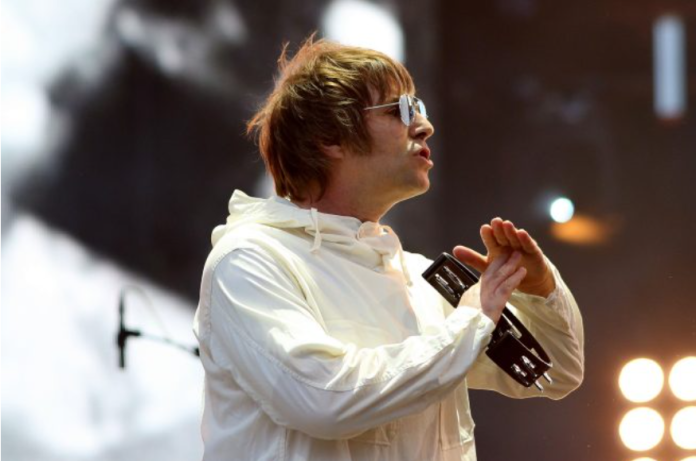 Liam Gallagher’s Knebworth 22 director Toby L. spoke about the frontman’s return to Knebworth Park this summer, calling it a “great moment” for “a new generation of fans who were not alive when Oasis existed.”

Speaking at the premiere of the upcoming documentary at Electric Cinema in Shoreditch during a Q&A with John F. Kennedy, the director spoke about how the film focuses on how it was the first big gathering after the pandemic.

“I thought there was a lot of beauty and pathos in it because we’ve all been going through such difficult times in the last few years,” Toby said.

“I thought people were looking forward to it, I thought for a new generation of fans who weren’t alive when Oasis were, it was a great moment for them, and I think that’s when we started to realize that as much as it was Liam’s moment, it was a moment for a lot of people who wanted to be together again, and that’s what motivated me to try to push this and make sure that it’s not just about Liam’s story, but about a few other people in the process. also.”

He also said he admired the former Oasis frontman’s courage to play two nights at Knebworth Park again, 26 years after his band’s iconic concerts in Hertfordshire.

“When I saw the show outside, I just thought it was brilliantly audacious, which only Liam Gallagher could have been,” he continued. “I feel like a lot of people will look at such a rich and legendary legacy, such a memorable show like Knebworth 96, and think, ‘Well, we’re not going to do it again, and it’s nice to experience it,’ but he, he had such a wonderful five years as a solo artist, and He’s like, “Damn it, I’ll do it again.”

The director also said that he considers it important to document the expectation of the show throughout the film.

“We were trying to do something very personal and related, but again on a grand scale, because it’s Knebworth, and so it seems that Knebworth is this character throughout the film, and as people will see, we’re building it almost all the time. for example, when you are looking forward to the show in your diary. That’s what this movie is,” he explained.

“It’s like anticipating, preparing, thinking, and then thinking about why you love the artist and why it’s important to you, and then blowing up the show. We were trying to create a rhythm, momentum and tempo of the film that resembles the anticipation of attending a show that will change your life, and that’s a pretty sublime thing to achieve or try, but that’s what we were trying to do. ”

Toby L. also thought it was important to capture what the fans went through over the weekend and their stories.

He added: “We thought it would be really cool to cover the show in a really modern and beautiful way with cinematography, but wouldn’t it be nice to go a little deeper and talk about the world we’re in. at the moment, the climate was that. What we’ve all been through as a species over the last few years, how big gatherings really help people and how, if you think about what a Knebworth is, it’s just people, it’s a lot of people, so how can we show a macroscope of a large number of people gathered together for this special event, and how can we increase individual stories that are added to this sum of its parts.

“So I think we just wanted to show the many different layers that connect us and the personalities that unite us, as well as the different types of generations that are ingrained in Liam’s story in its current form.”

Knebworth 22 will be released in some UK cinemas for a limited time on November 17, and a full streaming release will take place on Paramount+ later this year. Tickets for the screenings can be purchased here.

Meanwhile, Gallagher recently stated that Oasis songs will not be included in a documentary about Knebworth 22 because his estranged brother and former bandmate Noel “blocked them.”

Elsewhere, the High Flying Birds frontman said there was “no point” in Oasis reuniting because the band is still selling “as many records now” as they sold when they were together.

All 11 New Jedi are featured in Obi-Wan Kenobi