Home Sport Kluivert: “The best thing for Riqui Puig is to go on loan” 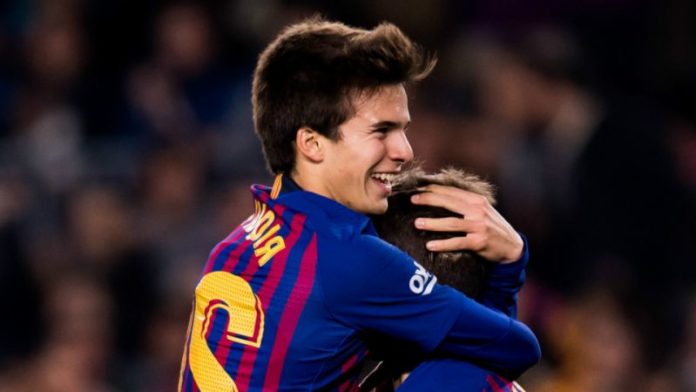 Patrick Kluivert, responsible for the Barcelona quarry, gave interviews to Sport and Mundo Deportivo to review the current Barça formative football, and referred directly to the names of Ansu Fati and Riqui Puig, the two young talents who collect the information related to the Masia, the first for its hatching with the first team and the second for its lack of opportunities with it.

As for the bissauguineano, Kluivert commented that “or they are managing more Abidal and Plans” and confessed that “if all the players of the first team are one hundred percent, I have the feeling that he has to play in Barça B to have minutes in his legs, with Carles Pérez we are already seeing it “. The striker returned with the subsidiary during the selection stop and was able to score under Francesc Garcia Pimienta.

Ansu, on the other hand, has not returned to the discipline of Juvenile A nor to that of the subsidiary, which he has not even tried, although according to Kluivert should. “The move from Juvenil to Barça B is not as complicated as that of the subsidiary to the first team, players who have been in Barça B for three years have to be assigned or sold, the passage between Barça B and first team has to be fluid.”

On Riqui he raised the possibility of yielding to Ajax. “I am in favor of transferring players to Ajax although we also have an agreement with Utrecht, it would be perfect if players who do not arrive directly to the first team can continue their projection as soccer players.” Kluivert understands that, today, Riqui has the first team doors closed. “Where are you going to put Riqui? With all due respect, it’s difficult,” he said to point out that “it is best for Riqui to go on loan to compete at a different level and to return.”

Kluivert also referred to the departure of Xavi Simons last summer and the possibility of being followed by other important players. “You have to always leave the door a little open, when a child chooses to leave the Masia is a bitter drink for people who are working in the Masia and see that they are going to another place. Normally the door is closed but I am a person who always left the door a little, but very little eh, open “. As for Simons, he simply commented that “his decision must be respected.”