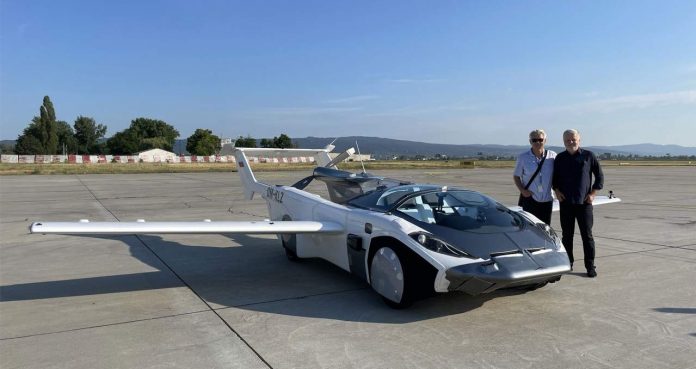 Klein Vision in speed test. Flying cars, which have become a symbol for the future with science fiction movies, come true. The flying car prototype Klein Vision is in the speed test!

One of the most common predictions we hear about the future has been flying cars. The idea of ​​flying cars that we see in science fiction movies and games has been discussed for many years. An important step has been taken for these vehicles, which are a symbol for the future. The flying car prototype called Klein Vision shows that we are not far into the future.

The Klein Vision test flight between the Slovak cities of Nitra and Bratislava was completed in 35 minutes. A maximum speed of 195km/h was recorded in the flight, which took place at a height of 2500 kilometers from the ground.

In addition to being a flying car, the Klein Vision can also be used as an ordinary car on land. The cars we see in movies that start flying with a single button seem to have come true. The first prototype of the vehicle has a 160 hp BMW engine. If things go wrong while in the sky, the vehicle is also equipped with a parachute for safe landing. There seems to be no better solution than skydiving at the moment when it comes to safety that has many people skeptical about flying cars.

The first prototype of Klen Vision Aircraft has flown 40 hours so far. Engineers are working to make the vehicle both safer and more efficient. Since flying cars are still in the prototype stages, we don’t expect this technology to be released for a few more years.

Despite this, the first prototype of Klein Vision looks very promising. Because having a half-hour flight between the two cities is a big step for flying cars. Time will tell in which direction the wind will blow for these studies in the future.

BMW Launches New Generations of Series 1 and 2 in Brazil