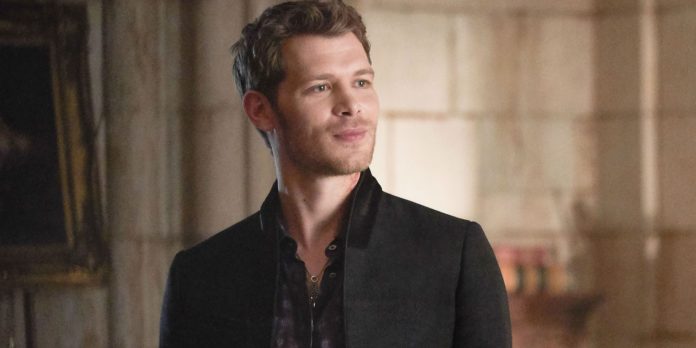 In The Vampire Diaries, Joseph Morgan first appeared as Niklaus “Klaus” Mikaelson in season 2. Klaus started out as the main antagonist originally arriving in Mystic Falls to break a curse it harbored.

Nonetheless, Klaus’ charm, wit, and often hidden cuddly side, who only truly shows himself to the romantic interest, Caroline (Candice King), quickly made him a fan favorite of The Vampire Diaries characters.

The charisma of Joseph Morgan and the popularity of Klaus Mikaelson led the antagonist to star in his own spinoff television show, The Originals.

However, in an interview Joseph Morgan revealed that Klaus was not supposed to be around for more than four episodes, let alone his own spin-off show The Vampire Diaries.

Joseph Morgan admits that although he signed a contract that could have tied him to the show for several years, he had no expectations of being there for that long and expected to be killed at the end of the third season of The Vampire Diaries.

In the interview, he credits fans’ enthusiasm for the character and his enjoyment of portraying Klaus Mikaelson as leading to his extended stay and subsequent spin-off.

If anything is clear from Joseph Morgan’s account of the origins of The Originals, it is that audiences have more power in the future of their favorite characters and franchises than they might otherwise think.

Fans continue to celebrate the villain-turned-hero’s long and satisfying redemption arc. Perhaps with enough support, fans of The Vampire Diaries franchise can bring Klaus Mikaelson to their screens once again.

See Also
Moments where the main characters should be punished

Emily Ratajkowski and Sebastian Bear-McClard ultra looks: they are posted on...