Netflix will end the franchises for the Kissing Booth and For All the Boys I’ve Loved Before movies. Both productions presented excellent performances on the platform, based on the teen drama / romance genre. As reported by Variety, each saga will have a trilogy format to close the story. Thus, the chapters A Barraca do Beijo 3 and Para Todos dos Garotos: Now and Forever, Lara Jean are expected to debut in streaming later this year.

According to Ted Sarandos, the company’s content director, A Barraca do Beijo (2018) was one of the most watched films in the United States at its launch. The sequel, from 2020, was the third most watched title on Netflix during its first weekend and became one of the most popular last year.

The plot follows the lives of best friends Elle Evans (Joey King) and Lee Flynn (Joel Courtney), after she fell in love with Noah (Jacob Elordi), his brother. The production addresses relationship conflicts and the search for dreams.

Regarding the features For All the Boys I’ve Loved (2018) and For All the Boys: PS I Still Love You (2020), the platform also highlighted the great success of the audience, calling them “the most watched original attractions of all the times, repetitively ”.

The story centers on Lara Jean Covey (Lana Condor), whose secret letters of her passions are accidentally sent to them. The film, which also features Noah Centineo and Jordan Fisher, discusses the protagonist’s choices related to the love triangle created between her and her suitors. 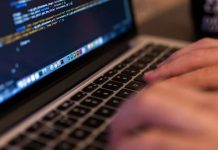