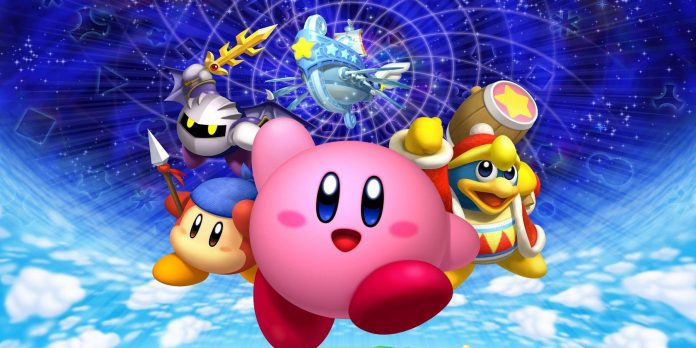 During today’s Nintendo Direct, many upcoming Nintendo games were showcased, such as Pikmin 4 and The Legend of Zelda: Tears of the Kingdom. However, a remake of one of the most beloved Kirby games was also presented. Kirby’s Return to Dream Land was originally released on Wii on October 24, 2011, and many fans consider it one of the best Kirby games ever made, so Nintendo decided to remake it for Switch to celebrate the 30th anniversary of the franchise.

The trailer, released along with the announcement of the game, demonstrates the plot and gameplay elements of Kirby’s Return to Dream Land Deluxe, as well as additional features that were not in the original version. Kirby’s Return to Dream Land Deluxe trailer begins with a story about the plot of the game. After a spaceship crashes into the Planet Popstar, Kirby, King Diddy, Meta Knight and Waddle Dee embark on a journey to help pilot Magolor return home.

The trailer then moves on to some of the game mechanics that were in the original version of the game, such as the ability to copy the sword, whip and umbrella. After that, a completely new Mech copying ability was revealed, which allows Kirby to beat enemies up close and shoot them from afar.

Four people can play together on the same console. While one player can control Kirby, others can play as Waddle Dee, King Diddy and Meta Knight, or as green, blue and yellow versions of the main character. Gamers can also play sub-games together, such as the brand new folio trackers Magolor and Samurai Kirby, which could be played in the original Kirby’s Return to Dream Land.

Since Kirby has become even more popular lately, with the release of Kirby and the Forgotten Land and Kirby’s Dream Buffet, this was one of the biggest announcements from Nintendo Direct. Whether they played Kirby’s Return to Dream Land back when it was released on the Wii, or now they have the opportunity to experience the game for the first time, many fans are excited to play this remake, which can be pre-ordered today.

Kirby’s Return to Dream Land will be released on February 24, 2023 on the Nintendo Switch.

At Super Smash Bros. now there is an alternative to EVO