Home Entertainment Kirby’s Return to Dream Land Deluxe should bring back the stages of... 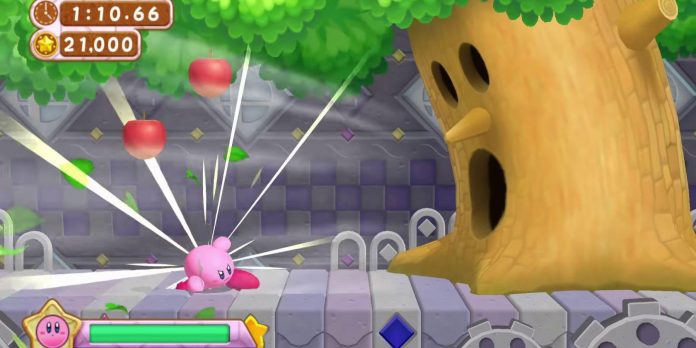 After the main campaign is over, there will be more to do. As in the original game, Kirby’s Return to Dream Land Deluxe features a redesigned challenging mode, traditional Arena boss battles, and several mini-games that players can play alone or with friends. There is even at least one brand new mini-game, Magolor’s Tome Trackers. It’s hard to say what other new content Return to Dream Land Deluxe will add, but there is one last feature of the original that it should improve. The challenges from “Return to Dream Land” and “Kirby’s Dream Collection Special Edition” must be combined together to create the ultimate points attack pack.

Test Stages are a unique addition to Kirby games for Wii

In Kirby’s Return to Dream Land, Trials were a unique sub-game available on Magolor’s ship, although this idea was brought back along with Treasure Road in Kirby and the Forgotten Land. Challenges open as Kirby finds Energy Spheres at each stage: the initial Sword Test begins after seven Spheres are found, and the final Item Test opens after all one hundred and twenty are collected. These special stages are fast scoring-based obstacle courses that are designed to test the player’s knowledge of various copyable abilities and provide great replay value for those who like to master Kirby’s surprisingly deep gameplay.

Kirby’s Return to Dream Land has seven challenge levels, each of which has a more challenging option of an additional mode. The first six are based on the abilities of the sword, whip, high jump, bomb, water and copy wings, while the seventh abandons the abilities in favor of using various held items “Return to the land of Dreams”. Kirby tries to complete these levels alone, rushing through them as fast as possible, defeating enemies, avoiding dangers and collecting coins. At the end, the player is awarded a bronze, silver, gold or platinum medal and possibly additional lives. There’s not a lot of content, but it’s nice to prove your skills in a more intense atmosphere than Kirby usually allows.

Challenges are a great idea, but there aren’t many of them. Only six of Kirby’s Return to Dream Land’s 20 regular copyable abilities are represented. The special edition of Kirby’s Dream Collection includes Umbrella, Spark, Fighter and the rarely seen Breaking Copy Abilities in its approach to the sub-game, although this came at the expense of Hi-Jump, Bomb and Water. Kirby’s Dream Collection also introduced combat cameras and magolor races, which were not in Return to Dream Land. These are just thirteen challenges serving as a short bonus campaign for Kirby’s anniversary collection, but their scheme of Magolor creating a theme park as an apology was charming.

To make the re-release of the game more enticing, Kirby’s Return to Dream Land Deluxe should include the Dream Collection trials as a post-game mode. The frame structure of the Magolor building them will remain the same, but more can be done. Now that they are integrated into the real Kirby game, more enemies and bosses can be added to Combat Chambers, and more courses can be created for the rest of the Return to Dream Land abilities. Even Kirby’s new ability to “Copy Mechs” can be used together with special courses created for other game characters. There is a huge potential in the arcade approach to Kirby’s levels, and given that these challenges feature a tougher level design than usual, it would be great if Return to Dream Land Deluxe went crazy.

Kirby’s Return to Dream Land Deluxe will be released on February 24, 2023 for the Nintendo Switch.

The exclusive game for the PS5 console Stellar Blade demonstrates a...

Ashley Jones from the TV series “The Bold and the Beautiful”...