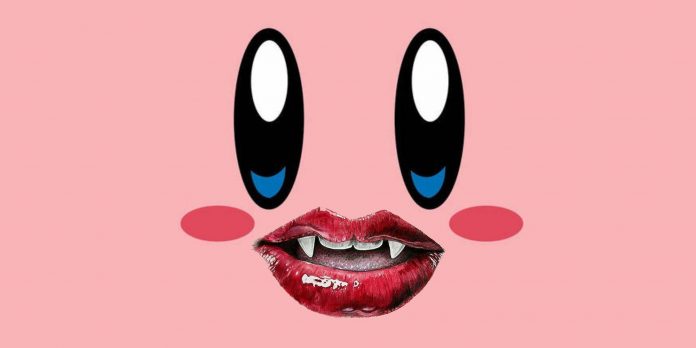 Nintendo has added a new game about Kirby to the Nintendo Switch Online service, which may surprise fans, since Kirby not only can talk in the game, but also behaves like a complete jerk towards his enemies. The Kirby series is one of Nintendo’s most kid–friendly franchises, and while there are disturbing bosses in some Kirby games, they are the exception rather than the rule. Kirby can swallow cars in Kirby and the Forgotten Land to become a terrifying Cronenberg monster, but he always does it with a smile and waves his hand.

Nintendo Switch has received some brand new Kirby games, but people who subscribe to Nintendo Switch Online and its expansion pack will get access to a few more. It’s a pity that there are no games for the Game Boy and Game Boy Advance in the service (yet), as they would really help to concretize the Kirby collection, especially since Kirby debuted on the original Game Boy. People who subscribe to Nintendo’s online offerings will get access to Kirby Superstar, Kirby’s Dream Course, Kirby’s Dream Land 3, Kirby 64: The Crystal Shards and Kirby’s Adventure.

In 2022, the Kirby franchise turns 30 years old, and Nintendo celebrated this event with the release of the well-known game Kirby and the Forgotten Land, the announcement of Kirby’s Dream Buffet, as well as a variety of products. The SNES app on the Nintendo Switch Online service has just added four new Kirby games, although three of them are SP versions of existing games, which means that they are essentially save states set at certain points in the game and do not contain new content. The only new Kirby game is Kirby’s Avalanche, which may be one of the most unique games in the series today.

Kirby’s Avalanche (also known as Kirby’s Ghost Trap in Europe) is the only Kirby game released exclusively in the West, and has never been released in Japan. This is because it’s actually an updated version of the game called Super Puyo Puyo, as Nintendo must have thought the game would be more engaging with third-party characters. Kirby’s Avalanche is notable that the only game in which Kirby is fluent in English, not all shouting “Hiiiiiiiiiiiii”.

What’s even more remarkable about Kirby’s Avalanche is that Kirby is a complete jerk towards his enemies. He refuses to help a frightened Waddle Dee in the woods, calls the Poppy Brothers’ bombs “pathetic”, deliberately steps on the roots of Whispy Woods when asked not to, and sarcastically responds when Bugzzy rushes at him, calls the Heavy Mole behind the scenes, and insults Krako’s aiming skills. It’s amazing not only that Kirby talks, but also how he throws sick burns at his enemies, and not Kirby trying to devour them whole, as he does in other Kirby games.

Severance: Exploring the Impact of the show on this Internet Crypto-Paste