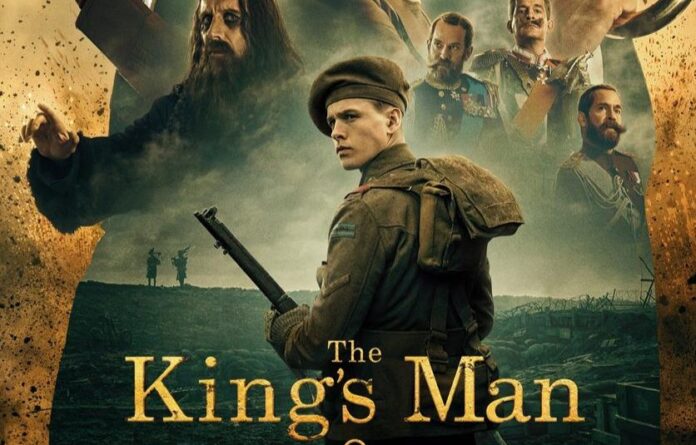 The release date and trailer of the new Kingsman movie The King’s Man, which will tell the story of the 20th Century Studios’ favorite movie series, Kingsman, has been released. Let’s take a closer look at the details of the movie.

A new addition is added to the beloved Kingsman series, which was launched in 20th Century Fox Studios in 2014 with the movie Kingsman: The Secret Service, directed by Matthew Vaughn, and continued in 2017 with the movie Kingsman: The Golden Circle. The movie, which will come under the name The King’s Man, will tell the starting story of the Kingsman series, and will also feature new characters. The story of the film is built around the worst dictators in history to gather and fight for a war and aim to kill millions of people through this war.

The King’s Man, where Rhys Ifans will take on the role of ‘Rasputin’, would actually be released in November 2019. But with Disney’s acquisition of 20th Century Fox, the movie was postponed to February 2020. Following this postponement, The King’s Man was postponed again this year due to the coronavirus epidemic that severely affected the world. The trailer of the film, which has not appeared for a while, has finally been released today.

According to some critics’ impressions, The King’s Man has a different atmosphere than the Kingsman films released before the 20th Century Fox was purchased by Disney. The new Kingsman movie, The King’s Man, with a more ‘Disney-like’ atmosphere, will only be released in theaters on September 18. Although the fact that The King’s Man movie will only be released in cinemas is considered good for some critics not to adhere to Hulu or Disney +, it is still being discussed how reasonable it would be to publish the movie only in cinemas when coronavirus still feels intense.

It is also thought that The King’s Man will only be released in theaters after Disney’s Artemis Fowl decided to release it completely over Disney + after he postponed the release date several times, and it is thought that it may be related to the film’s quality and high production. The cast of The King’s Man, which will only be released in theaters on September 18, includes famous names such as Ralph Fiennes, Harris Dickinson, Rhys Ifans, Tom Hollander, Daniel Bruhl, Gemma Arterton, Matthew Goode, and Charles Dance.

Laeticia Hallyday was shocked with an amazing breakup!