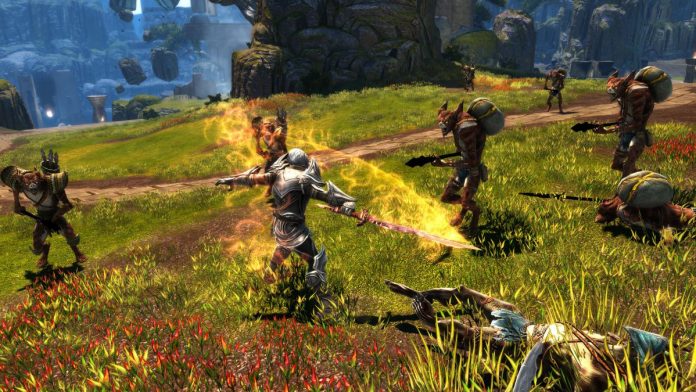 THQ Nordic is preparing the release of the Nintendo Switch version of Kingdoms of Amalur: Re-Reckoning. It will arrive on March 16 at the console.

Kingdoms of Amalur: Re-Reckoning confirms its future release on Nintendo Switch. It will debut in the Nintendo hybrid on March 16, a few months after its first landing on PS4, Xbox One and PC.

Specific information about the port has not been disclosed, except for a trailer that accompanied the announcement. The video, which you can see at the bottom of the screen, allows you to see several images of what appears to be the version of this console, although it is not confirmed.

Along with the news, THQ Nordic has confirmed that its new expansion, Fatesworn, is still scheduled for sometime in 2021. Recall that the company promised that this piece of content will be “unreleased” for those who went through the original, which received some additional DLC .

The Re-Reckoning version is an update of the original 38 Studios title, under the Electronic Arts imprint. It included Todd McFarlane (creator of Spawn), writer R.A. Salvatore and The Elder Scrolls IV: Oblivion Lead Designer Ken Rolston. In 2018 THQ Nordic bought the rights to the game, which two years later published its remastering.

In our original review, we said that Reckoning is “a great and ambitious first attempt to put Amalur in the minds of the players, which only needs to polish some important details to reach the greats.” What ingredients were you missing? Mainly “the sense of the epic.” “As an ARPG it is impeccable and will delight anyone just looking to fight and get new gear. As a dry RPG it is a very complete title but it falls short in key sections that it would need to reach higher heights ”, we said.

In this house he obtained a rating of 8.5 out of 10. You can read the full text through this link.

Rockstar will focus on both single and multiplayer games