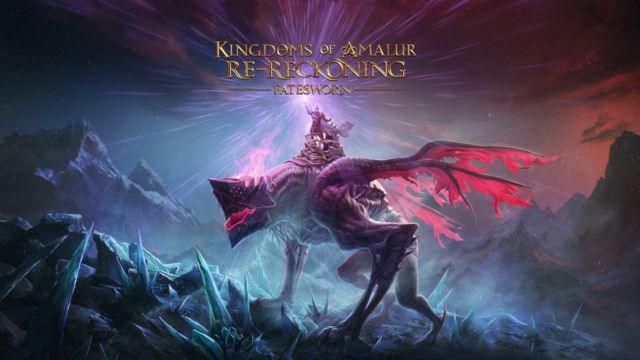 Kingdoms Of Amalur: Fatesworn will take us through a new region, in which we will enjoy an unpublished story, among other novelties. We tell you all the details. Kingdoms of Amalur: Re-Reckoning is the remastering of the dark fantasy RPG that Electronic Arts – currently licensed by THQ Nordic – released in February 2012. Almost a decade has passed since its release on PC, PS4 and Xbox 360, but He has not yet said his last word: on December 14, he will receive a new expansion called Fatesworn. In addition, the base game will allow updating to a new version that meets the name of FATE Edition, which includes the title along with all the content released to date. Then we leave you his trailer.

Kingdom of Amalur: Recokoning is a very generous game in content; offers a huge world full of secrets and there are hundreds of missions available. And it seems that this new expansion will not be short. The first thing to know is that an unpublished story will be added that arises after the end of the Crystal War and is set in the frozen area of ​​Mithros. As for the playable news, the character level will go beyond the ceiling we had in the base game (50) and we will have the opportunity to equip ourselves with new weapons and armor. Of course, there will be no shortage of the new main and secondary missions.

Regarding the map that we will explore, we will travel through snowy mountains, catacombs and we will enter Cronwhold, the City of the Lake. In addition, one of the surprises that we will find in Fatesworn resides in its soundtrack, which now includes new pieces by Grant Kirkhope, the legendary composer who put his talent at the service of Banjo-Kazooie, Goldeneye 007, Donkey Kong 64, Perfect Dark and Mario + Rabbids Kingdom Battle, among others.

Kingdoms of Amalur: Re-Reckoning is available on PC, PS5, PS4, Xbox Series X | S, Xbox One, and Nintendo Switch. For its part, the Fatesworn expansion arrives on December 14 at a price of 19.99 euros.