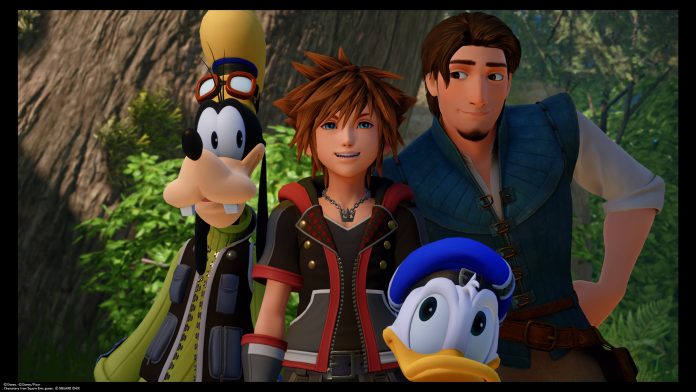 Kingdom Hearts: The company does not currently plan to make a native adaptation of the Kingdom Hearts video games, but they do not close the doors for the future. The cloud versions of Kingdom Hearts HD 1.5 + 2.5, 2.8 and Kingdom Hearts 3 for Nintendo Switch have not been to the liking of a large part of the fan community. The possibility of playing the entire saga in portable mode is attractive, but fans are asking for a native version of the ports, without dependence on a network infrastructure. The producer of the series, Ichiro Hazama, acknowledges that Square Enix are “undecided” about this possibility.

In an interview with Nintendo Life, when asked about a possible version of Kingdom Hearts HD 1.5 + 2.5 ReMix and Kingdom Hearts HD 2.8 Final Chapter Prologue —which are, due to technical requirements, the easiest to adapt to the Nintendo Switch hardware—, the answer is not entirely negative; there is a possibility, but not a certainty. Above all, they celebrate that for the first time in history, users of Nintendo consoles will be able to play the entire saga. They currently have no release date.

This just in – the #KingdomHearts games are coming to #NintendoSwitch!

All three titles will be playable as cloud versions. Look forward to more information soon! pic.twitter.com/VtoiCJzxKp

The Kingdom Hearts saga for Nintendo Switch has no date or price; it will be through the cloud

“Bringing these titles to Nintendo Switch has proven to be quite difficult for several reasons, including the storage capacity of the hardware, but we are excited to have been able to do it for the first time using the cloud service,” as confirmed weeks ago on the occasion of the Sora’s arrival on the Super Smash Bros. Ultimate DLC character roster.

“At this point, the production of a native version is undecided,” he says. “We believe that currently the cloud version is the best way to bring the Kingdom Hearts series to Nintendo Switch players, but we are always excited to hear feedback from our fans and want to thank them for all their support,” he emphasizes.

The arrival of Sora to Super Smash Bros. Ultimate will take place this Tuesday, October 19, 2021. We remember that Kingdom Hearts will have an event to celebrate the twentieth anniversary of the series. You can check all the details here.