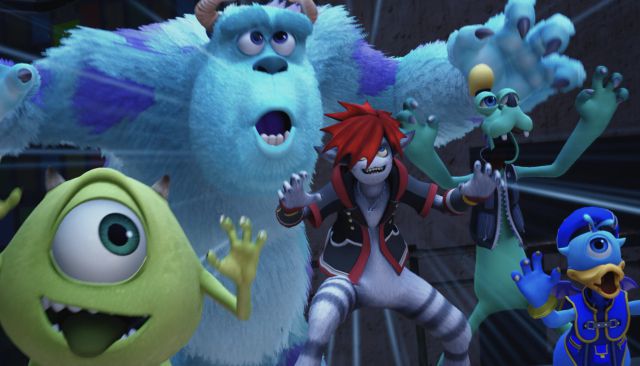 How is the Cloud version of Kingdom Hearts on Nintendo Switch?

Square Enix announced last year the launch of its popular saga on the Nintendo console. It did so with the so-called Cloud version, which takes advantage of streaming technology so as not to run the application natively. Hitman 3, Dying Light 2: Stay Human, and Control are just a few of the projects that have embraced it.

Polygon points out that the experience “is a nightmare.” The medium points directly to the state of the technology used by these ports. “I left my Nintendo Switch in the dock and began my adventure on the island of destiny via Wi-Fi. I had problems almost immediately after going through the menus. The intro music video […] was slowing down all the time. Besides the lag, the game looked worse than usual.

Some time later, he did the test with the OLED model of the console, whose dock includes an ethernet connection port. “The frequent lag dissipated, but it was far from a good experience. The rate of images per second was below 30, and rarely stabilized, “they explain.

A punctual error in the connection can lead to the loss of progress. The Kingdom Hearts franchise structures its development based on specific save points. If something happens with your internet, you will lose what you have done until the last file. “Every time you put your Switch to sleep, the device will need to reconnect to the cloud to reestablish the connection. Did you leave your Switch to sleep for too long? Well, the game may crash, which can cause a lot of headaches in a franchise like Kingdom Hearts, where most installments require manual saves.

Polygon’s criticisms are added to those of other users on the network. In Reddit there are several threads where the problems of the version are pointed out. “The lag is so bad that I find these cloud builds unplayable,” says one user.

Nintendo Switch currently has the three compilations of the saga released in recent years: 1.5 + 2.5 Remix, 2.8 Final Chapter Prologue and Kingdom Hearts 3 + Re Mind.

Alan Wake Remastered Is Far from A Long Shot