Home Tech Kingdom Come: Deliverance is out on Nintendo Switch 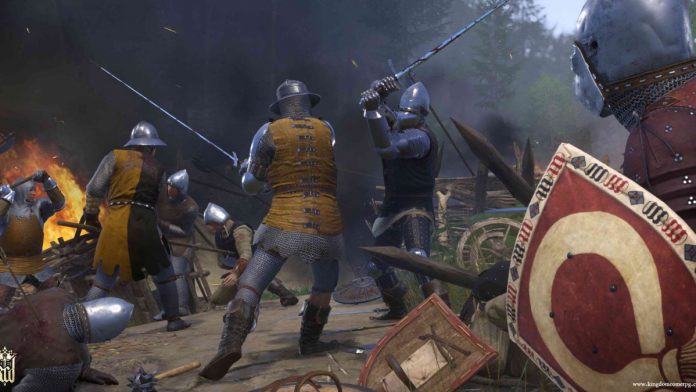 Nintendo’s Japanese website lists the Royal Edition for February 18, although it has not been officially announced.

Warhorse Studios’ hit RPG will be released on Nintendo Switch. Kingdom Come: Deliverance has appeared on the official website of the Japanese and is included in the release schedule for 2021. According to this information, the Royal Edition (with all DLC) will be released on February 18, at least in the territory nippon. The funny thing is that the title has not been announced yet, so it is to be expected that the official confirmation will take place in the next few weeks.

The document does not specify if the game will move natively on Nintendo Switch or if Warhorse Studios will opt for the same solution that Remedy Entertainment has found with Control, that is, the cloud. Hitman 3 will also be marketed in streaming format, in the same way that Assassin’s Creed Odyssey and Resident Evil 7: Biohazard did in the Japanese market.

Back to the Middle Ages

Kingdom Come: Deliverance was released on PS4, Xbox One, and PC after starring in a successful Kickstarter campaign. Later, Deep Silver and Koch Media signed a distribution agreement, giving the studio a financial injection to continue development. The relationship between the two parties bore fruit, to the point that the studio was acquired by Koch Media and is already working on the sequel. The original title is set in the Kingdom of Bohemia, during the 15th century, in the middle of the Middle Ages.

Warhorse Studios will expand the brand with movies or television series. The developer has teamed up with Eric Barmack’s production company, a former Netflix manager, to create these audiovisual adaptations. According to the head of Wild Sheep Content, with this agreement they intend to make room for “incredible worlds” far from the United States, a more than usual location in North American fiction. He highlights the depth of narrative and the opportunities these kinds of intellectual properties offer in the film world.