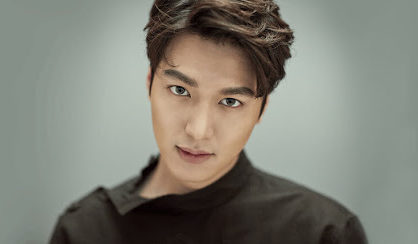 ‘The King: Eternal Monarch’, all about Lee Min Ho’s new drama. You will fall in love with one of the most popular actors with his new story.

Lee Minho ended his military service a few months ago, since then his fans have waited for his return and to see him again in the K-dramas.

His wish was fulfilled and in less than a month they will be able to see him perform in the new drama that will air on Netflix in mid- April. We tell you everything you should know about this drama and why it promises to be one of your favorites.

Are you a fan of K-dramas? You probably saw or heard of stories like “Goblin” and “Descendants of the Sun”, series that were very popular in South Korea and whose creator is in charge of ” The King: Eternal Monarch” , the new work of Lee Minho . Apparently, it will last 16 episodes .

PLOT
The genre of the story will be romance and fantasy, at first it was thought that the plot would cover 2 worlds from different times, that is, as if it were about time travel, but in reality they are two dimensions that share the same space.

Lee Minho will play a monarch, whose personality is distant and cold due to memories of his past, as he lost his father at a very young age, due to family betrayal. Tired of his life as emperor, one day he will take a trip through the forest, but when he passes through a stone gate, he will travel to the normal dimension of South Korea.

There he will meet a detective who believes him crazy, but little by little he will begin to believe that he comes from another world and together they will try to close the portal, which is believed to have been opened by a deity who was upset with the world.

The drama will be broadcast on the Netflix platform , so you can follow all the episodes and do your marathon with Lee Minho . Among the curiosities of “The King: Eternal Monarch”, is that the actors will play 2 characters. There will be 2 versions of each, in the monarch dimension they will be the opposite or other type of person than they are in the real world of Seoul.

The actors, the creator and the story promise to be a complete success. The trailer premiered a few days ago and the actor looks very handsome, without a doubt, it will be a K-drama that will make you cry, laugh and make you fall completely in love.

How is the Outlook for Record-Refreshing Ethereum?