Home Entertainment Kimetsu no Yaiba: The Infinite Train: Where To Watch The New Season... 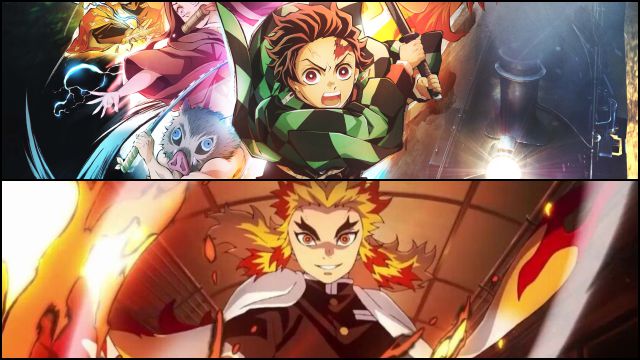 Kimetsu no Yaiba: We tell you how and where to watch the first part of the second season with Spanish subtitles, which covers the Infinity Train arc. Demon Slayer: Kimetsu no Yaiba began its second season this October 10. After the successful anime of Ufotable in 2019 and the consequent film Demon Slayer: Kimetsu no Yaiba – The Infinite Train, the most successful in the history of Japanese cinema, it is time to continue narrating on the small screen the original command of Koyoharu Gotouge , already finalized in the pages of Weekly Shonen Jump. This second season is divided into two parts: the Infinity Train Arc and the Entertainment District Arc. We tell you how to see the first part of Season 2 of the anime.

Demon Slayer: Kimetsu no Yaiba – The Infinite Train: how to watch the 7 episodes of the anime

To watch Demon Slayer Season 2: Kimetsu no Yaiba online, legally and with Spanish subtitles, all you have to do is access Crunchyroll and create a user account. New content requires a Crunchyroll Premium account, not previously broadcast series — in this case, ads are included.

So, to enjoy Season 2 of Kimetsu no Yaiba and see the first episode of the Infinity Train arc we need to have Crunchyroll Premium, which costs 6.49 euros per month. We can activate a free trial. This subscription includes anime offline, up to four devices at the same time, and simulcast: episodes available only one hour after airing in Japan. Of course, without advertising.

Aliens: Dark Descent must break the curse of the alien game