Home Entertainment Kimetsu no Yaiba: The Infinite Train; release date, trailer and where to... 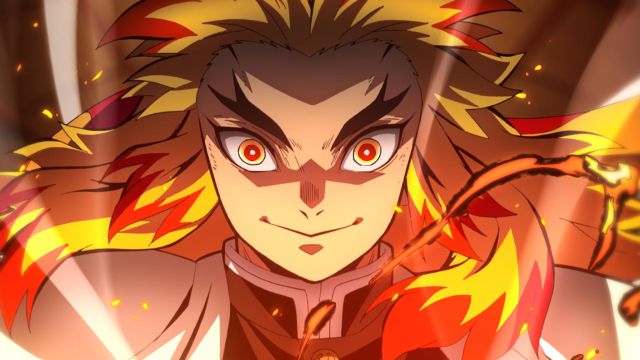 Kimetsu no Yaiba: We tell you all about Guardians of the Night: Infinity Train, when it opens in theaters, trailer and where you can see it in Spain and Latin America. The day has arrived. Kimetsu no Yaiba: Mugen Ressha-hen, the film that works as a sequel to season 1 of the anime, finally becomes available in Spanish cinemas on April 23 thanks to Selecta Visión. With the name of Night Guardians: The Infinite Train, there are already more than 200 theaters in which it will be screened, both in VOSE and dubbed into Spanish and Catalan. Below we will tell you all about it so that you know how and where it is possible to enjoy this film, essential for every anime fan.

“Tanjiro and his companions join the Pillar of Flames Kyojuro Rengoku to face the demon aboard the Infinity Train towards despair”, indicates the official synopsis of the film. With it we can discover that it is a direct continuation of the end of season 1 of the Kimetsu no Yaiba anime, since the protagonists got on the train (by the hair) in the last bars of episode 26, the last one available in the time of writing these lines.

Where to see in Spain and Latin America

Where to see in Spain: from this Friday, April 23, we will be able to enjoy the film in approximately 200 cinemas throughout Spain. Below you can find the complete list, which will be updated soon if any more are added, through the official Twitter page of Selecta Visión.

Where to see in Latin America: the film is currently not available in Latin American cinemas, but from there you can enjoy the first season of the anime on Netflix, something that is not possible in other territories.

The remake of the Clue Movie by Ryan Reynolds has received...