Home Entertainment Kimetsu no Yaiba: The Infinite Train – First trailer in Castilian of... 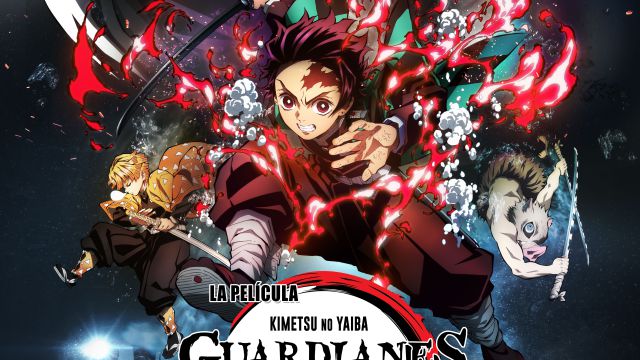 Kimetsu no Yaiba: The Infinite Train The long-awaited Guardians of the Night film reaches theaters throughout Spain from the hand of Selecta Vision in VOSE and VOSC. This is how it is heard in Spanish.Selecta Visión has published the first trailer in Castilian for Guardians of the Night – Kimetsu No Yaiba – The Movie: Infinity Train, the long-awaited film based on the famous manga by Koyoharu Gotōge. After sweeping theaters in Japan and becoming the highest grossing film in the history of the country with more than 431 million dollars, this April 23 it will be released in cinemas throughout Spain and with subtitles in Spanish (VOSE) and Catalan (VOSC). ).

Guardians of the Night – Kimetsu No Yaiba – The Movie: Infinity Train, April 23 in theaters
Directed by newcomer Haruo Sotozaki, winner of the Tokyo Anime Award for Best Director, and produced by Aniplex (Naturo, The Wonderland) and TOHO (Akira, My Hero Academia), the film has been awarded the Best Picture of Animation, Best Soundtrack and Most Popular Film by the Japanese Film Academy. Its duration is 117 minutes.

For those of you wondering, this movie is based on volumes 7 and 8 of the manga; specifically the Demon Train Arc (chapters 14 to 19 of the manga), so that it falls between Season 1 of the anime and Season 2, which will be broadcast soon in Japan. As for the first season of the equally popular animated series, Selecta Visión will offer more details in the near future.

The original series will be released on DVD and Blu-ray soon in Spain by Selecta Vision.