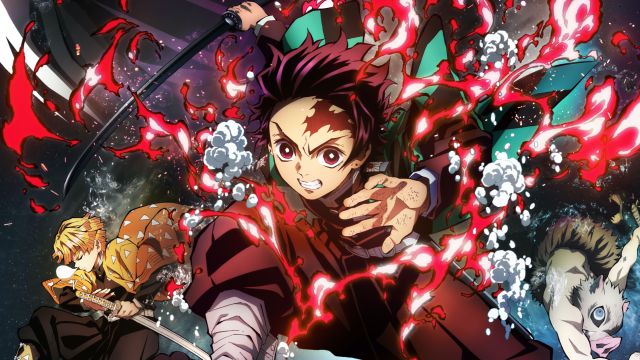 Kimetsu no Yaiba: The long-awaited film, which serves as a link between the first and second seasons, will be released in Spanish, in its original version and in Catalan in theaters.

Kimetsu no Yaiba: The Infinite Train will be released in cinemas throughout Spain on April 23. Selecta Visión, owner of the editing and distribution rights to both the popular Kimetsu no Yaiba (Night’s Watch) anime series and its film. The film, distributed in Japan by Aniplex, is the highest grossing in the history of cinema in Japan: the expectation is maximum. Let us know all the details of its premiere in our country.

Kimetsu no Yaiba: The Infinite Train opens on April 23 in theaters in Spain

Selecta Visión confirms that on April 23 we will be able to go to our trusted cinemas with versions in Spanish, Catalan and VOSE (original version with Spanish subtitles), so that both residents with Spanish as their mother tongue and those close to ten million speakers who use Catalan in their day to day will be able to enjoy what is considered one of the best Japanese animation films of recent times. With $ 428 million raised worldwide, his success seems unstoppable.

Correspondence with the manga and brief synopsis of the film

Kimetsu no Yaiba: Mugen Ressha-hen, as it is known in Japan, has a duration of 117 minutes and tells us – without going into plot spoils – the Mugen Train Arc, which corresponds to chapters 54 to 69 of the manga a period that is not narrated in the first season of the anime and that will not be in the second season (first trailer and art here), since those chapters are canonically summarized in this feature film.

On a plot level, the film tells us about the expertise of Tanjiro Kamado and his fellow Demon Slayer Corps as they follow Kyōjurō Rengoku, the Flame Hashira, in the investigation of some disappearances that take place inside an extremely long train. What they do not know is that Enmu, the last of the Lower Moons of the Twelve Kizuki, is on board the train and has set a trap for them.

With regard to the animated series, details of its distribution and its possible premiere on VOD platforms will be announced shortly. For now we know that the license is provided by Selecta Visión.

They themselves are also taking care of bringing to theaters the highly anticipated Digimon Adventure: Last Evolution Kizuna, available in theaters across the country and in Spanish since last March 31. You can see his latest trailer here.