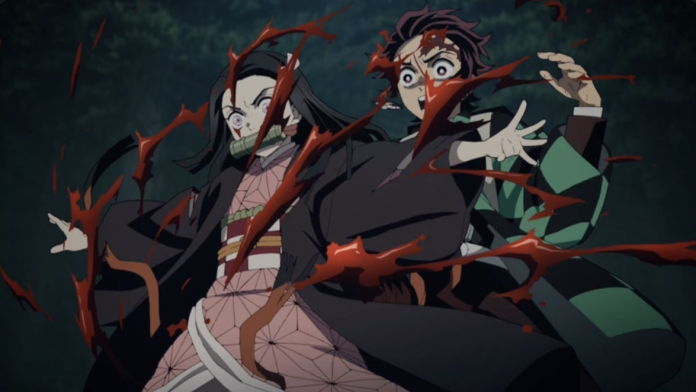 A section of the Japanese public complained about the violence of the Kimetsu no Yaiba anime to the BPO, but did not get the response they wanted

At this point, it would seem ridiculous for someone to complain about the level of violence in the Kimetsu no Yaiba anime. Especially since we are talking about a series that began airing in April 2019.

Not just in Japan but around the world thanks to services like Crunchyroll, Funimation, and Netflix. Well, it turns out that precisely in the country of the Rising Sun some people showed concern about what is seen in this animated adaptation.

Violence is very present in Kimetsu no Yaiba

That was when Fuji TV aired two specials that recap the history of television anime before the animated movie. That is, from the successful Demon Slayer: Kimetsu no Yaiba The Movie: Mugen Train.

While many viewers were delighted, others were not so delighted. So much so that they sent their complaints to the Broadcasting Ethics and Program Improvement Organization or BPO, to find out their position on the matter.

The BPO is not a government entity, but its comments are taken into account by Japanese broadcasters. The criticism against Kimetsu no Yaiba is in relation to airing in primetime.

Especially with its bloody and cruel scenes. Someone in the audience complained, “I felt incredibly uncomfortable with the grotesque depictions of people being eaten, an arm ripped off, and other terrible acts of violence.”

The BPO defended the freedom of expression of the series

As always, the BPO took public concerns into account. But he did not respond in the way some thought. In their report they highlighted a couple of statements. The first was “the popularity of the series and the film suggests that its content has been deemed acceptable.”

In the second, the organization made clear “in addition, the concept of voluntary discretion of the viewer while watching is widely understood and accepted.”

Some were surprised by this BPO reaction to Kimetsu no Yaiba. But it is consistent with the way of proceeding of this entity. It not only promotes the highest ethical standards, but seeks to ensure freedom of speech and expression in Japanese television productions.

We will have to see how he handles things in the second season of the anime, especially in the part that begins on December 5 and is more ‘problematic’.

Steam Broke Its Own Record: 10 Million Concurrent Users in The...