Home Entertainment Kimetsu no Yaiba: Mugen Train is among the highest-rated anime films ever 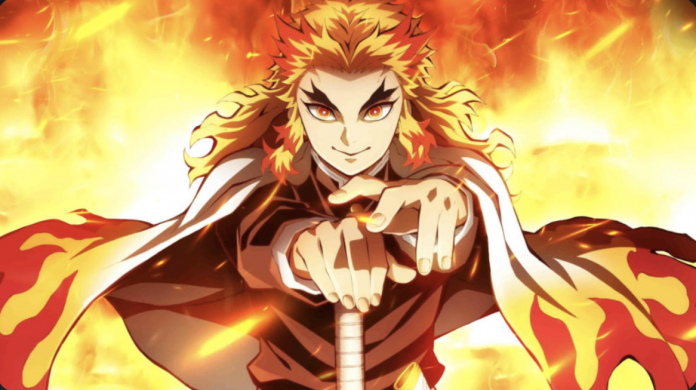 Due to its results on Rotten Tomatoes, the Kimetsu no Yaiba movie is among the best anime films of all time.

This week the official Twitter account of Demon Slayer: Kimetsu no Yaiba in the United States published a message highlighting the excellent ratings that the film of the series has had. That is, Demon Slayer -Kimetsu no Yaiba- The Movie: Mugen Train.

This film was released last year in Japan and later reached other countries. That is why so far it has a 98% average rating from specialized critics.

Two Studio Ghibli tapes are above this movie

That’s according to the Rotten Tomatoes website, which also gives it a Certified Fresh. As for the audience, its average is 99%, which is a great achievement for this ufotable studio production.

Some believe that with such results it is the best anime film created so far. However, that would be to ignore all the wonderful contributions from other creatives from Japan over the years.

Although the achievements of this Kimetsu no Yaiba film is surprising, it does not surpass two of the magnificent works of Studio Ghibli.

The one that is in first place is Only Yesterday (1991), known in Latin America as Memories of yesterday, which has an average of 100%.

In the second is Grave of the Fireflies (1988), or The grave of the fireflies, which also has the same rating. They are movies that have become great classics.

Kimetsu no Yaiba’s film has an excellent average

Demon Slayer -Kimetsu no Yaiba– The Movie: Mugen Train is tied with Your Name (2016), by director Makoto Shinkai, at 98%. Of course, it surpasses Spirited Away (2001), called in Latin America as Spirited Away, which has 97%.

While these averages refer to critics’ reviews, where Kimetsu no Yaiba’s film wins is in the average ratings of the same viewers. It is quite high.

None of the above mentioned reaches the 99% mark. Another aspect in which the Kimetsu no Yaiba movie surpasses the aforementioned is in the money raised at the box office. Currently, it is the most successful Japanese-origin film of all time.

The latest data reveals that it generated $ 450 million dollars in movie theater box offices around the world. It is a record that is difficult to beat, even for another film in this same series.

Is the Orange Flower Prey real? And how dangerous is it?