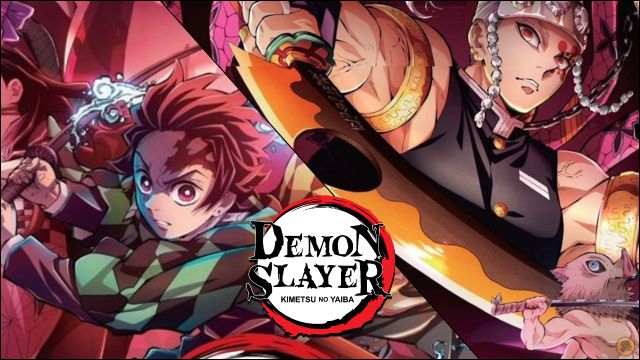 Kimetsu no Yaiba: Aniplex presents a new official art of the long-awaited second season of Kimetsu no Yaiba (Demon Slayer) and they offer a spectacular new teaser trailer. Aniplex and Ufotable have shown a new trailer and official poster for Season 2 of Demon Slayer: Kimetsu no Yaiba. The popular manganime starring Tanjirō Kamado will continue the events narrated in Season 1 and the Infinity Train movie with new episodes (total number to be determined) where the protagonist will continue on his way as a demon slayer until he regains his human form. sister, Nezuko, as well as avenging the death of her entire family. After seeing a first preview, now we can see a new trailer for this Season 2 of the anime.

Season 2 of Kimetsu no Yaiba will narrate the Red Light District Arc; also known as the Entertainment District Arc, which collects 30 chapters of the manga (from 70 to chapter 99). For anime fans, we will simply tell you that they are the events narrated just after the Infinity Train movie. Haruo Sotozaki will continue to be on the technical team as director with Ufotable at the helm of animation, while Akira Matsushima returns as character designer to adapt the work of sensei Koyoharu Gotōge.

Guardians of the Night: Kimetsu no Yaiba already has a date in Spain

Selecta Vision has confirmed this past June that the first season of the Night’s Watch anime: Kimetsu no Yaiba already has a date in Spain and will be released in two batches on both DVD and Blu-ray. The first batch will include episodes 1 through 13; the second batch will bring episodes 14 to 26, thus ending Season 1. Depending on whether we get the DVD or Blu-ray versions, prices will change. What does not change are the dates: everything is already in pre-sale and shipments are scheduled to take place from July 30.

We also remember that the film, known as Kimetsu no Yaiba: The Infinite Train, is the next plot step within the canon. If Season 1 covers volumes 1 to 6 of the manga, the film does the same with volumes 7 and 8. The Infinite Train is a box office success and became the most successful film of all time in Japanese cinema. . Only a few months ago we were able to see it in Spain.

The Quarry is The New Horror Game From Supermassive, Produced by...