Home Entertainment Kimberly Loaiza’s video on her YouTube channel in English that caused a... 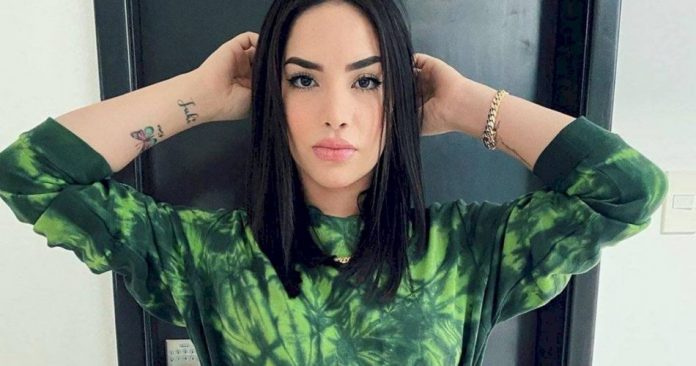 Find out how her followers reacted to the video shared by Kimberly Loaiza on her English channel.

We let you know that Kimberly Loaiza launched her YouTube channel in English last February , so her fans were happy, and that is why the Internet celebrity shared a video of the heavy joke that she made her husband JD Pantoja .

We remember that she has been absent from social networks, although lately she has been sharing content on Tik Tok and YouTube when she was pregnant, but this time she shared the video that she had already published, but uploaded it to her English channel.

Kimberly Loaiza, JD Pantoja’s wife , shared through her Instagram stories that she uploaded the video but now in English, and it is that after having shared the video of a moment that caused quite a stir, the youtuber has received various comments.

The 23-year-old influencer has managed to cause a sensation among her loyal fans, because even though the video is in English, her Latino fans have commented on the video and have mentioned that even though they have already seen it in Spanish, they will always support the projects of the famous.

“Here all Latinos and those of us who love the Jukilop family.” A fan of the youtuber commented.

One of her followers commented that she loves that Loaiza has a new YouTube channel in English, as it has entertained people who know how to speak the language, although others thought that the Internet celebrity shared a new video of her son Juanito.

And the thing is, the fans of “La lindura mayor” have been aware of the publications that the celebrity shares on her official Instagram account , as they look forward to meeting her son, but at the moment JD Pantoja’s wife has not shared a video.

But, in one of her recent publications that she uploaded to her profile, she left her followers intrigued after asking if they want to know Kima’s reaction when she met her little brother Juanito. Do you think the famous is preparing a new video of her baby?