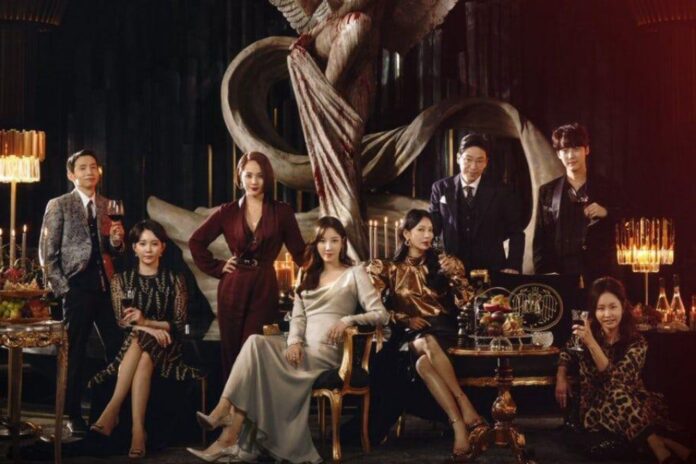 The Penthouse, also known as Penthouse: War In Life, has a cast of renowned acting stars who have been a key part of the great success of the drama, which has been reflected in the high audience ratings it has recorded since its premiere.

One of the characters that has attracted the most attention is the young actor Kim Young Dae remembered for his role as Oh Nam Joo in Extraordinary You and now stands out as Joo Seok Hoon in The Penthouse, a confused teenager who protects his sisters twins.

“Oh Nam Joo has a slightly brighter narrative than Joo Seok Hoon and I played Joo Seok Hoon while thinking of him as a character who received a lot of dark influences from his father Joo Dan Tae (Uhm Ki Joon),” said the young actor in an interview.

Kim Young Dae also revealed that after Extraordinary You many young people recognized him and called him Oh Nam Joo, while now people of all ages recognize him on the street and call him Joo Seok Hoon.

Asked what he thought of The Penthouse’s growing popularity, Kim Young Dae admitted that although he knew that K-drama was receiving a lot of attention, he did not expect it to reach such popularity extremes.

In the second half of the drama, Joo Seok Hoon’s character is drawn to Bae Ro Na (Kim Hyun Soo), creating a compelling romance that has become popular with viewers.

Meanwhile, the producers of the hit K-Drama The Penthouse: War in Life announced that after finishing filming on December 12, they will immediately begin filming the second season this week.