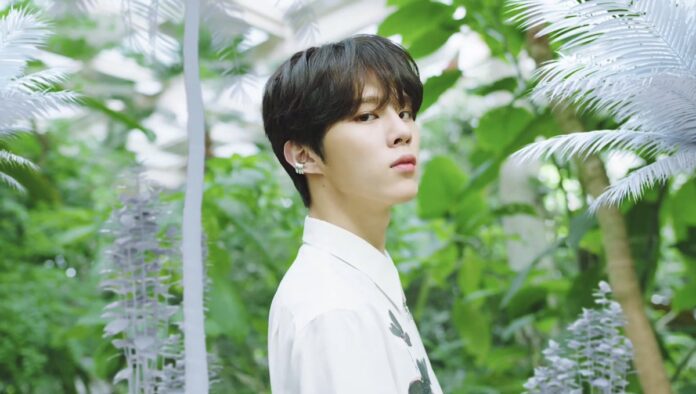 Kim Woo Seok has just released the first album for his solo career, this record is named 1st Desire (GREED) and to promote his title track the Red Moon music video was recently released, the clip provided a very special moment to fans of the idol, who was a member of group X1.

With a stage in warm colors Woo Seok begins the performance of his music video by presenting a choreography full of force, however, throughout the video we see how that energy undergoes an interesting transformation towards a performance full of charm.

The different sets of the clip are full of elegance and the idol shows a seductive image while singing about not wanting to get away from the person he loves. It is a story about a hypnotizing and passionate romance that, although it came from one moment to another, marked his life in an important way.

Kim Woo Seok was accompanied by a group of dancers who, together with him, performed an incredible interpretation of the choreography for this song.

With this record production, Woo Seok becomes the second UP10TION member to have his solo debut. The T.O.P Media idol participated in the writing of some tunes for this new album, which includes 7 songs. You can learn more details about them with the highlight medley published days ago.