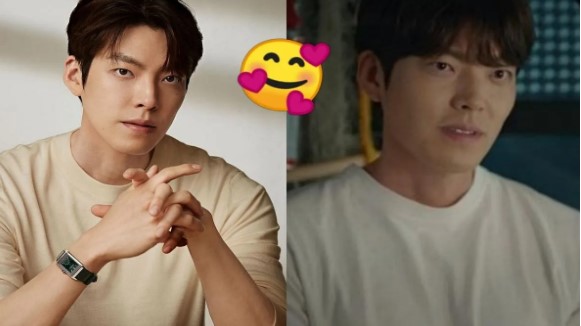 One of the new dramas of this month, which attracted the most attention thanks to the cast, is “Our Blues”. In the very last chapter, the character played by Kim Woo Bin confessed to a girl he likes. That’s how it happened.

Kim Woo-bin appears in the new drama “Our Blues”, playing Park Jung-joon, a ship captain who loves and protects nature. This character is deeply in love with Lee Young-ok (Han Ji-min), a professional diver who accompanies him on trips to the sea.

For fans of Korean dramas, “Our Blues” is a calm and friendly look at life on Jeju Island. Love stories that intertwine and soothe your heart thanks to the calmness and naturalness with which everything happens.

WHAT HAPPENED TO KIM Woo BIN IN OUR BLUES EPISODE 4?

The footage of the fourth episode of “Our Blues” touched fans of the drama. Although only four episodes have been released so far, the characters have already won the hearts of their fans.

Especially the fans of the couple Kim Woo Bin and Han Ji Min, who showed excellent chemistry, despite the fact that they appeared in episodes many times.

Lee Young-ok decided to ask about her feelings for Park Jung-joon, the captain of the boat on which she set sail to practice diving. Thinking that the main character would reject her, she was very surprised when he confessed his feelings and invited her to go together.

Although Lee Yong Ok is hiding a secret that he didn’t want to reveal to anyone on the island, he assures that it will eventually hurt Jung Joon. However, the captain assured him that he had nothing to worry about. Causing the audience to scream with excitement when Yong Ok stood up and kissed Jung Joon. Will they be an official couple in the next episodes?

Suga may release Agust D 2 sooner than you think