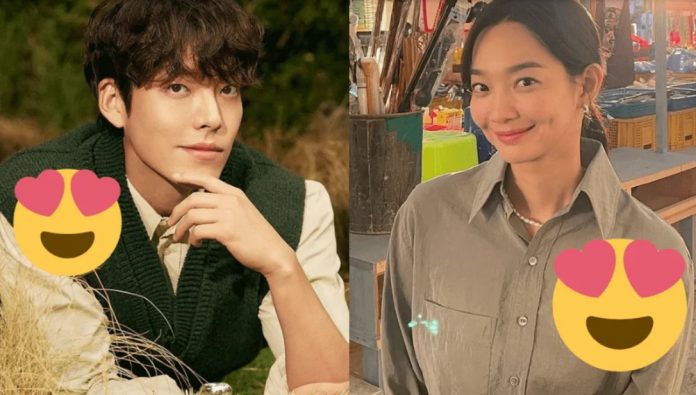 A real-life couple of Shin Min Ah and Kim Woo Bin will be hitting screens as part of the Our Blues cast. Our Blues is the new K-Drama from writer Noh Hee Kyung that unites Shin Min Ah, Kim Woo Bin, Han Ji Min, Lee Jung Eun, and many in his cast. What is the history of this project and why can’t you miss it?

Kim Woo Bin and Shin Min Ah are one of the most established and loved Korean actor couples by local and international audiences, 2021 they will work together alongside an unrepeatable cast in the new drama Our Blues.

The production was written by Noh Hee Kyung and directed by Kim Kyu Tae , who consolidated their names with mega-popular titles like Scarlet Heart: Goryeo, It’s Okay, That’s Love, Dear My Friends, and That Winter, The Wind Blows, so you can imagine. the story level.

In addition to Shin Min Ah and Kim Woo Bin, the cast will consist of Uhm Jung Hwa, Lee Byung Hun, Cha Seung Won, Han Ji Min, and Lee Jung Eun; they will shoot their scenes on Jeju Island, where the plot will unfold.

When Does The Drama Our Blues With Kim Woo Bin and Shin Min Ah Premiere?

Our Blues is a drama that will focus on various stories of people with varied qualities having sad, dramatic, romantic, funny, and unique experiences amidst the natural settings of Jeju.

Shin Min Ah will be Min Sun Ah, a woman who comes from the city to live on the island with a secret that no one should discover, but at every moment is at risk of being discovered, she will meet the character of Lee Byung Hun ( Lee Dong Suk) a truck salesman.

Kim Woo Bin will play the ship’s captain Park Jung Joon, a boy with a shy and warm personality who falls deeply in love with Lee Young Ok (Han Ji Min), a diver who is interested in marine animals.