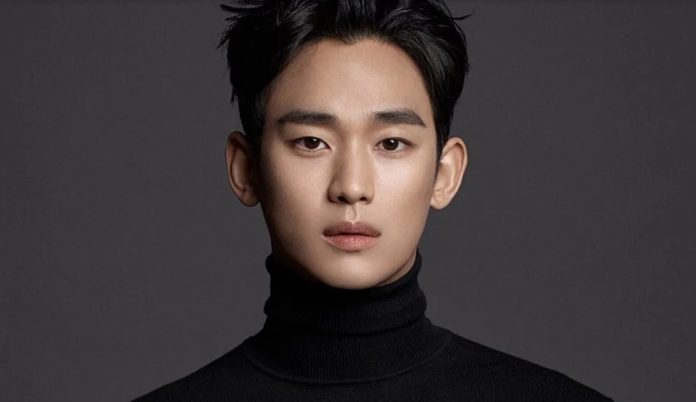 It’s been a while since Kim Soo Hyun‘s last drama, but we’ll see it on screen soon. The Korean actor will return taking a role in One Day, Kim Soo Hyun appears in the new poster of the series and here we tell you why to watch it.

After seeing him acting in It’s Okay To Not Be Okay , eyes have been kept focused on the actor’s next projects and the one to come will be full of excitement, but it will also be very different from his most recent drama that has aired.

Kim Soo Hyun will be starring in the One Day story, and as the premiere approaches at a fast pace, previews have started to be released to motivate everyone to follow his story.

The new poster shows us this Korean actor behind bars while shaking hands with another man, what special moment of the drama are you portraying? We tell you what the series is about so you can imagine more about it.

This will be a crime K-Drama with a dark vibe about a student who is singled out as a potential suspect for taking someone’s life and after this accusation no one trusts his innocence anymore.

The protagonist of My Love From The Star will play Kim Hyun Soo and the poster is seen with lawyer Shin Joong Han, who is the only person who will offer to help him as he gets through this difficult stage.

In addition to Kim Soo Hyun , in the drama we will see Cha Seung Won act with another of the main roles and so you do not want to miss the series, One Day is scheduled to premiere in November.