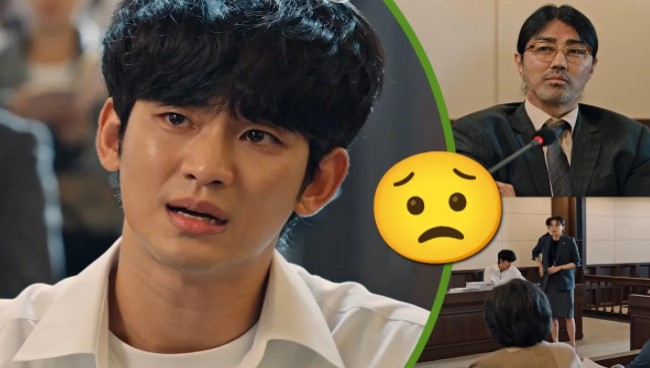 The history of One Ordinary Day has kept us aware of its episodes, Kim Soo Hyun’s performance moves us every moment as he searches for a way to prove his innocence.

The K-Drama that has come to the screen from the hand of Coupang Play captured the public from the beginning, we witnessed a drastic transformation in the life of the protagonist and through the episodes we accompanied him in a really complicated process because no one seems to believe in his innocence.

One Ordinary Day quickly progressed through the plot and little by little we are approaching the final round of the chapters. While that is happening, Hyun Soo (Kim Soo Hyun’s character) has faced great fear while trying to prove that he is not responsible for the crime he is accused of.

After enduring threats and attacks while in prison, the boy found an ally who is willing to get to the bottom of the case and now Shin Joong Han represents him as his lawyer, how has their mission together to recover the protagonist’s freedom? ?

The hearings for the young student have led him to recall what happened on the terrifying night where his life changed, the moment when joy and romance turned to tragedy.

In addition, he has once again shown her that his guilty title was placed before he could declare anything about it, so now he fears that he will not be able to do anything to prove the truth in front of justice.

In the most recent episodes, Kim Soo Hyun embodied frustration and despair in the face of a scenario that does not seem promising in the search for his freedom, but he had the support of Shin Joong Han who has not stopped giving him strength, especially when watching how much Hyun Soo is affected at each stage of the justice process.

Coupang Play’s Korean series is scheduled to premiere a total of 8 episodes, so it would only take a week to conclude the story.

In recent episodes we saw the lawyer’s determination not to close the case until the truth comes out, but will they do it before the end of One Ordinary Day? We’ll find out very soon.

If you are a fan of the actor who stars in this drama, we invite you to answer a fun quiz to test how much you know about Kim Soo Hyun’s dramas and characters.

SNSD, 2NE1 and MISS A Arguably Have The Most Influential Second...