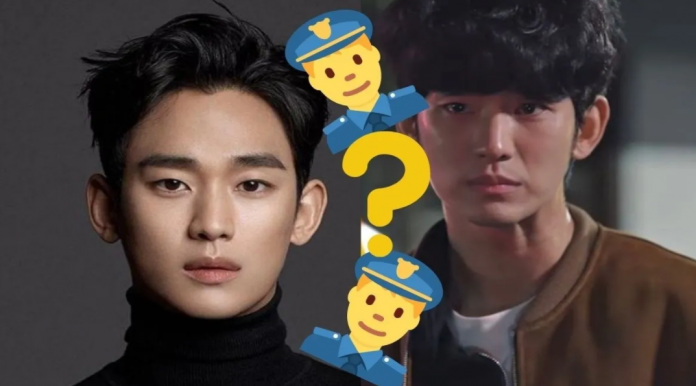 The drama One Ordinary Day is the remake of Criminal Justice by Kim Soo Hyun, what will his character be like?

Kim Soo Hyun’s K-Drama One Ordinary Day released a new sneak peek of the story with a shocking teaser, showing moving scenes and filled with emotions. Check out the video here.

Kim Soo Hyun will return to Korean dramas with One Ordinary Day, the production is the new version of the BBC series Criminal Justice, the plot explores the mind of a boy who is accused of a very serious crime.

Kim Hyun Soo (Kim Soo Hyun) is a college student leading a completely normal life, until the police find him as the main suspect in a murder case, Shin Joong Han (Cha Seung Won) will become his defense attorney Will you tell him the whole truth?

The production of One Ordinary Day has published a new teaser of the drama where they introduce us to Kim Hyun Soo, after witnessing something terrifying, he runs away to avoid problems, such was the impact that he cries in the middle of the street.

Already in the police interrogation room, he assures that he was not the culprit of the crime, then the lawyer Shin Joong Han recommends that our protagonist not say anything, while one of the members of the Department of Criminal Affairs assures him that it is bad idea not to tell everything you know.

Apparently the root of the whole affair was Kim Hyun Soo’s one night encounter with a girl, who was she and why is her lawyer hell-bent on defending him so passionately?

WHEN IS THE DRAMA ONE ORDINARY DAY RELEASING WITH KIM SOO HYUN?

One Ordinary Day premieres on November 27, so far there are no reports of its release on any streaming platform, but fans are looking forward to Kim Soo Hyun’s return to the screen.

A Tale of Synapse: The Chaos Theories, welcome to the world...