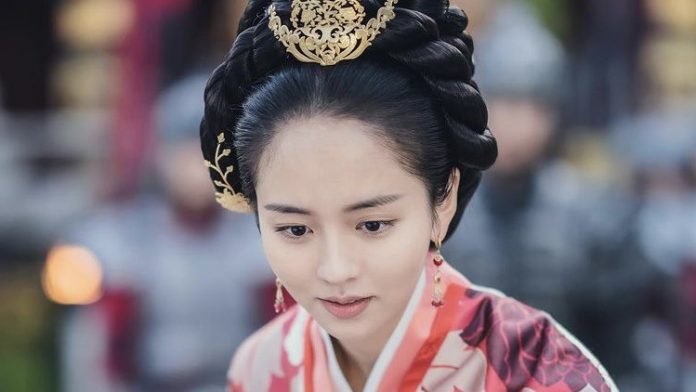 The production of the historical K-drama River Where the Moon Rises continues its promotions with a behind-the-scenes video of the main characters of the plot, played by actors Kim So Hyun, Ji Soo, Kang Ha Neul, Choi Yoo Hwa and Lee. Ji Hoon.

In the video, viewers get a full view of the filming set in a quick camera tour of an action scene being shot, accompanied by a string of different scenes featuring part of the main cast.

Wang Bit Na, Heo Jung Eun, Kim Bup Rae and Kim So Hyun appear filming in different locations inside the palace and in the open air Fragments of Kang Ha Neul’s special appearance are also revealed, followed by other scenes of the protagonists Ji Soo and Kim So Hyun together.

In the final moments, Kim So Hyun appears, who in the drama will play two roles as Princess Pyeonggang and her mother Queen Yeon, greeting viewers on her first day of filming in River Where the Moon Rises.

“Today was the first day of filming. Since this is my first time doing a Goguryeo sageuk (Korean Historical Drama) correctly, the set is really unfamiliar and I am very excited and nervous in many ways. I will try to show everyone a new and improved facet from now on. ”

In the video Ji Soo comments, “I’m very happy to be working together with Kim So Hyun again, and since I communicate well with the director, I think the filming site will be really nice.”

Everything we know about the second season of the series “The...