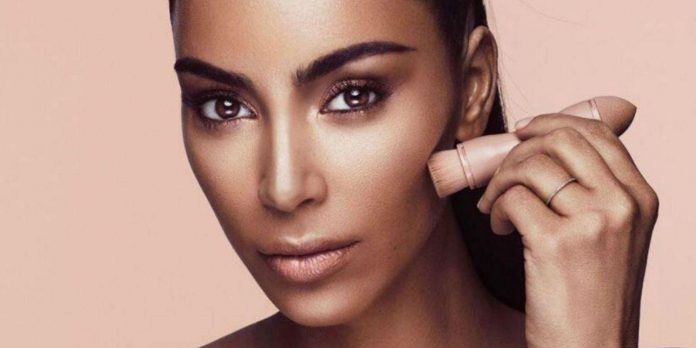 Kim Kardashian, a mom of four and the star of the reality show The Kardashians, continues to face legal challenges over her new skincare line, as she was sued for trademark infringement. When Kim announced the name of her new skincare line, she was handed a termination letter from a business owner who claimed he already had the rights to the name. Cindy Lunsford, the owner of SKKN+, has been working in the beauty industry since 2017 and said that the name of Kim’s skin care brand is too similar to her own, and therefore it should not be used, as it can cause confusion among customers.

Despite the fact that she was handed a termination notice, Kim made the name of the line public and stated that her ex-husband Kanye West helped her develop the brand name. Kim’s business is usually successful as her fans are willing to support everything she does; however, SKKN has received mixed reviews. While some praise the products, others believe that they are not worth buying, especially because of the prices. The complete collection of the SKKN line includes cleanser, tonic, exfoliating agent, serum with hyaluronic acid, serum with vitamin C8, face cream, eye cream, oil drops and night oil.

Cindy’s attempts to keep Kim from using the SKKN name were unsuccessful, hence the trademark infringement lawsuit. Based on TMZ reports, Kim’s lawyer, Michael Rhodes, insists that Kim has the right to use the names SKKN as well as Kim’s SKKN. Michael also said that the attempt by Cindy’s legal team to prevent Kim from using the SKKN name is an “extortion attempt.” He said: “We applaud Ms. Lunsford for being a small business owner and following her dream. But this does not give her the right to falsely claim that we did something wrong.” The Kardashian family’s lawyer further stated that in a cease-and-desist letter from Cindy’s company, Beauty Concepts, “the rights to the logo consisting of SKKN+ have been claimed, and a trademark protection application for this logo has just been filed. a one-person store offering facials in one place in Brooklyn. There was no sign in the salon, and the entrance was only by appointment.”

The lawyer also pointed out that Beauty Concepts did not produce products called SKKN+. The lawyer bluntly stated that they told Beauty Concepts that Kim would not give up on behalf of SKKN. He further explained that “Beauty Concepts then challenged Ms. Kardashian’s trademark applications to the USPTO. Unsurprisingly, the USPTO rejected SKKN+ Beauty Concepts’ own label, stating that ‘skkn’ simply means ‘skin’.” Michael believes that during the legal troubles, Cindy’s company updated the company’s website and opened a new store to make the business look more established. Kim’s lawyer believes that Beauty Concepts is trying to make money because “running a small cosmetology business in Brooklyn does not give her the right to close a global line of skin care products.”

While The Kardashians’ family lawyer has presented reasonable arguments for why Kim should be able to keep the name of her skincare brand, Cindy’s arguments are also valid. Firstly, Cyndie and Beauty Concepts risk losing business as Kim’s brand will be more visible. A simple Google search of SKKN revealed that Kim’s brand initially appears. The mention of SKKN+ occurs only when it refers to Kim. Similarly, Kim’s skin care line appears first on Instagram when there is a search for SKKN. The two companies are currently trying to settle a trademark infringement lawsuit.