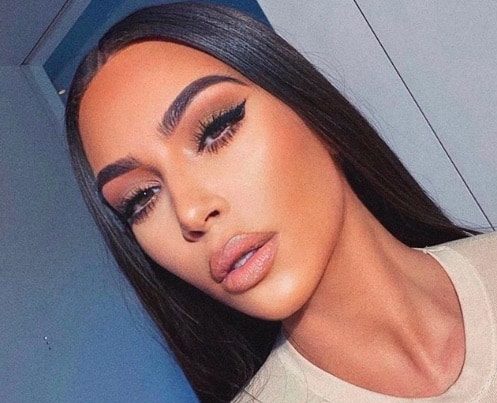 On social networks, Kim Kardashian posts at least one photo per day to the delight of his fans. And some times, the latter do not fail to have a nice surprise.

On his Instagram account, Kim Kardashian very often reveals different shots on his feed. Whether it’s a product placement, a family photo or a selfie, there is everything. But from time to time, she seems nostalgic for the old days.

This is the case on Sunday March 15. Kim Kardashian shared a photo on her Instagram account that she said was over 10 years ago. She posed for a party when she appeared on her 31. With beautiful neck jewelry, she caused a sensation.

But that’s not all. She displayed herself with a big bun. Her smile caused a sensation on the social network. And the least we can say is that it hasn’t changed in 10 years. It must be said that cosmetic surgery also has something to do with it.

With her 2009 snapshot, the young woman has collected more than 1.9 million “likes” in just a few hours from her fans. In the comments, the latter did not fail to compliment the beautiful brunette. These moments also seem to make them nostalgic.

Under her photo, several fans also asked her to post photos where she appears with Kanye West. Some seem to be ready to see the memories that the mom will want to show us. We can’t wait and its subscribers too!

Bored and organizing lots of pics in my computer. Get ready for some good throw backs. This seems about 2009

Huawei P40 will be the first phone with 3 front camera...

Bitcoin Can Become a “Prison Cigarette” of the Economic Crisis!

Stranger Things: the actors of the series have changed! (PICTURES)

Bitcoin Amount Decreases at a Record Rate in Stock Exchanges

World War Z and Figment are among new free games from...

Meghan Markle: Harry grieved over the death of a teenager he...