Home Entertainment Kim Kardashian “tried everything” to make her marriage with Kanye West a... 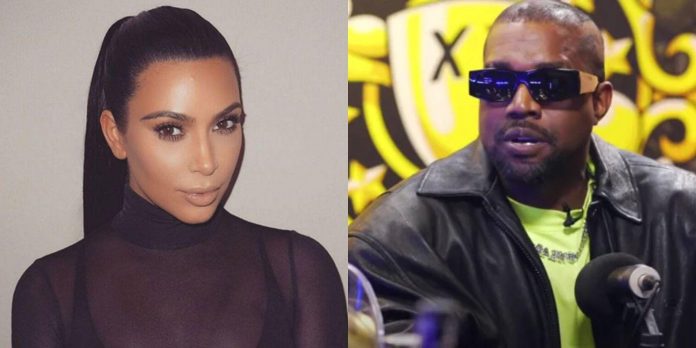 The star of the reality show “Kardashian” Kim Kardashian does not know how her marriage with Kanye West lasted so long. Kim and Kanye’s relationship was born in 2011 and developed rapidly, as in 2013 they soon had a child, North West. They got married in 2014 and both were happy to focus on their family. However, after almost seven years of marriage, Kim Kardashian filed for divorce in 2021, facing a number of problems in the relationship.

The two seemed to have a strong relationship as they often supported each other. Although she doesn’t want to talk badly about her ex-husband, fans believe that Kanye had health and well-being problems during the divorce. On the other hand, it seems that these two have different opinions on different topics, which could create tension. This includes demonstrating political support and media participation. In 2020, Kanye’s presidential campaign in the United States caused a conflict in the family due to contradictory statements made at that time. Kim said she was upset that Kanye revealed personal family information and began to feel helpless.

Despite the media awareness of these events, Kim claims that fans do not know what happened in their relationship privately. In a recent episode of The Kardashians, Kim reveals that if viewers knew what her relationship really was, they would be shocked at how long they stayed married. However, she is happy with how it ended. According to People, Kim said: “I can live with myself knowing that I have tried everything in human power to make the situation work so that I can leave feeling absolutely guilt-free.” Kim wanted her four children to know that she had done everything in her power to improve the situation.

However, in a recent episode of The Kardashians, while giving advice to Khloe Kardashian, Kim was able to reflect on her own experience to comfort her. Kim admits that she appreciates the space her family gave her during her marriage. However, it was difficult for her to know when to interfere in the lives of her family members. That’s because her family is “tiptoeing around each other’s situation because we don’t want to get involved.” .

Fortunately, Kim has found a way to get away from her previous marriage as she has accepted the circumstances and is hopeful for the future. Kim is happy with her new relationship and continues to support her family by sharing her experiences. Fans will be excited to see what happens to Kim’s new relationship next season of The Kardashians.

The following Fortnite crossovers May include Elden Ring, Survey Hints