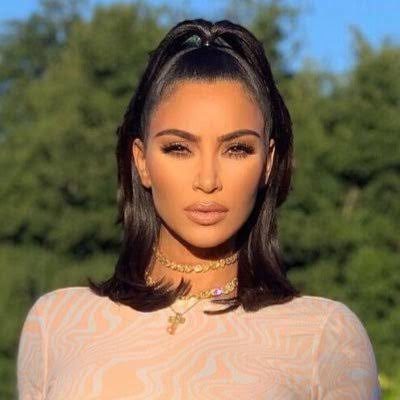 For months, Meghan Markle is the target of many critics and the Duchess is struggling to cope with rumors about it. Kim Kardashian defended Prince Harry’s wife.

Meghan Markle and Prince Harry had a baby boy a few months ago. Since then, the Duchess has been heavily criticized in the media. Indeed, rumors announce that she is too demanding with her staff. Then, she would have a lifestyle too luxurious and that does not please everyone. Thus, she feels more vulnerable than ever and she needs to distance herself. Kim Kardashian knows what the Duchess is going through and she feels sorry for her.

Kim Kardashian is closely following what is happening in the royal family and she seems to be fond of Meghan Markle. So, she knows what it’s like to be criticized because of the private jet; Then, she also receives many remarks about her role as a mother. Thus, the starlet understands that the Duchess needs to distance herself “I can empathize with their need to have a safe place and they want to take time for themselves and have their privacy when they need, “said Kim Kardashian in People.

KIM KARDASHIAN INCLUDES MEGHAN MARKLE!
Kim Kardashian is well aware that people can not understand the life led by Meghan Markle and Prince Harry. Thus, she puts herself in their place and she knows that the Duchess needs intimacy for her new role as a mother. “I do not think everyone can really understand what it is apart from them. But, I think as I am older and have children, what I would like for them is just a safe place. Said Kim Kardashian.

In fact, Meghan Markle and Prince Harry have chosen to leave for several weeks in the United States. The couple will spend time in Los Angeles for Thanskgiving. Then, they will not do Christmas in England with Queen Elizabeth II. Both parents want to take some time for themselves. As a result, Kim Kardashian hopes that the couple will find some serenity.